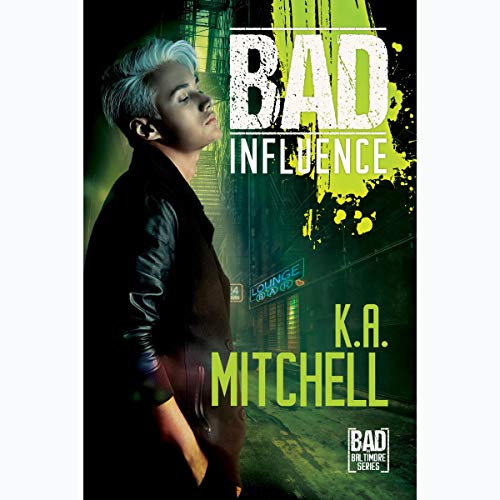 Can a future be built from pieces of a broken past?

Jordan Barnett is dead, killed as much by the rejection of his first love at his moment of greatest need as by his ultraconservative parents’ effort to deprogram the gay away.

In his place is Silver, a streetwise survivor who’s spent the last three years becoming untouchable...except to those willing to pay for the privilege. He’s determined not to let betrayal find him again, and that means never forging bonds that can be broken.

No matter how hard he tried, Zebadiah Harris couldn’t outrun his guilt over abandoning his young lover - not even by leaving the country. Now, almost the moment he sets foot back in Baltimore, he discovers Silver on a street corner in a bad part of town. His effort to make amends lands them both in jail, where Silver plans a seductive form of vengeance. But using a heart as a stepping-stone is no way to move past the one man he can’t forgive, let alone forget....

I listened to the Audible version. I love the narration and even though there is a whole host of characters I never felt lost in the narration. This story has some very dramatic moments. Silver is a strong survivor but you can feel the wall he has built around himself. Zeb really seems to put his foot in from the moment they meet again. He seems to be his own worse enemy at times. I really wondered how these two would ever manage to get past their hang ups and baggage. This story shows that the struggle can sometimes be very real and heartbreaking. It also shows that while everything can sometimes turn out okay the past will still leave a lasting mark.

A rather intense story about what can happen when your family doesn't accept you, but you build a new one. Toss in a few steamy scenes. A good read/listen that makes you think.