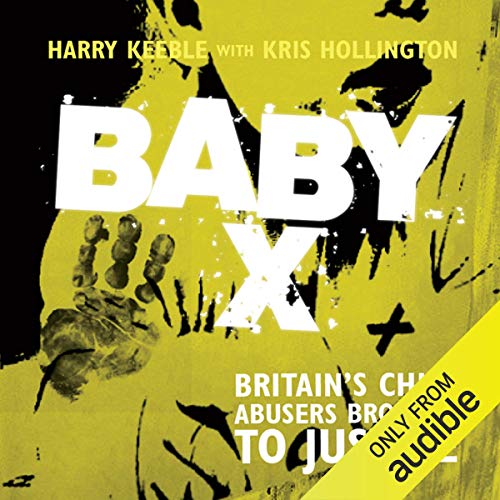 Baby X is a shocking and unforgettable story of how some of the UK's most disadvantaged children escaped their tormentors - and explains why some cases, similar to that of Baby P's, ended in tragedy. When super-tough cop Sergeant Harry Keeble announced he was joining Hackney's ailing Child Protection Team in 2000, his colleagues were astounded. Known as the 'Cardigan Squad', its officers were seen as glorified social workers dealing with domestics.

The reality was very different. Within a few months he'd fought machete-wielding thugs, rescued kids who had pit bulls chained to their cots and confronted the horrors of African witchcraft, exposing a network of abuse in the process - all in his unrelenting war against child cruelty. Harry rescued dozens of kids - kids in crack houses, kids living in unimaginable filth and kids who had burned their houses down. Then there were the hostage situations, the lynch mobs, and the almost impossible process of interviewing paedophiles to get a confession. Without wading in sentimentality, he describes how his team - working alongside dedicated but chronically underfunded social workers - operated at the sharp end of child protection.

Would you listen to Baby X again? Why?

Yes, the story is honestly written

Which character – as performed by Damian Lynch – was your favorite?

Due to his accent he made them all come alive

Not for the faint hearted