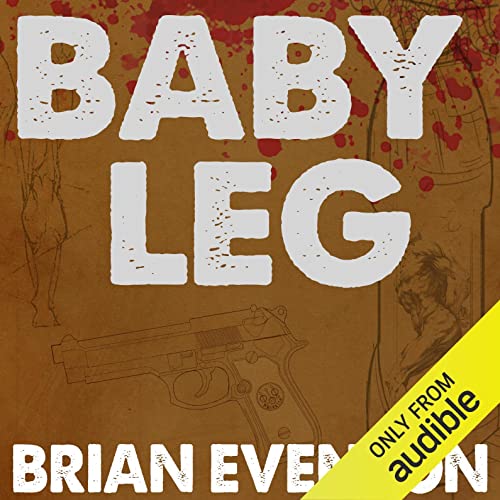 Imagine having recurring nightmares of a woman who has one normal leg and one baby leg, and then waking up to wonder if today will be the day when they—whoever “they” are—find you and kill you.

Unless you’re missing the point.

Maybe “they” already have “you” and the world is a great deal more grotesque than you could ever imagine.

Film noir collides with virtual worlds in this dark and strange novella that only Brian Evenson could have written.

"Via a series of sparely rendered dream loops, each wormed so deep into the other that it is no longer safe to say which might be which, Baby Leg extends the already wide mind-belt of Brian Evenson’s terror parade another mile, and well beyond. Those familiar with the Evensonian memory fractals, his freak-noir theaters, and his fetish for leagues of amputees, will find herein not only another puzzle box to nuzzle in its reader’s memory long after the book is closed, but as well enough blood and fearlight and paranoia to make Kafka or Hitchcock seem a foundling. 'Who am I?' our narrator, Kraus asks, among Baby Leg’s endless questionings, its barrage. 'Where am I?' 'What is it?' 'And now?' Thereafter, through the magicked wrath of Evenson’s dream speaking, from each of these questions birth more questions, and more questions, on and on, creating around the reader a glassy lockbox much like the one we find, we think, our Kraus, poor thing, inside." (Blake Butler)