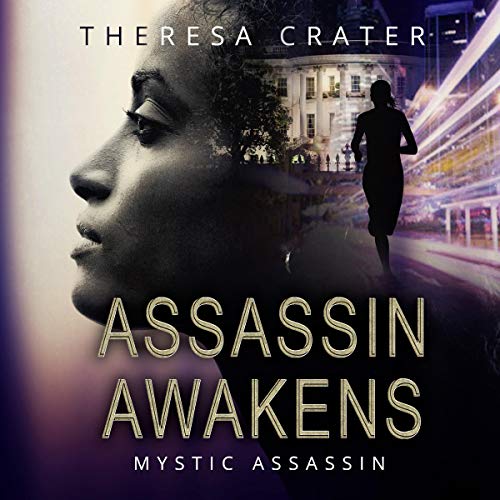 She’s got a to-do list to die for. But can this contract killer take down the most powerful man in the world?

Army veteran Rainey has a lot of blood to shed before her work is done. Left for dead on the battlefields of Afghanistan, she rose again with a divine lethal mission and an otherworldly agenda. But her latest target isn’t on the hit list - he’s in the White House.

Warned not to make a martyr of a corrupt president, she must stop a world-class rival assassin so she can create the illusion of a natural death. But to get close to the villain-in-chief, she’ll have to elude the evil soldiers who once made her life a living hell.

Can Rainey execute her assignment before she becomes a monster’s next victim?

Assassin Awakens is the first book in the gripping Mystic Assassin thriller series. If you like powerful heroines, fast-paced action, and surprising twists and turns, then you’ll love Theresa Crater’s eye-opening novel.

Buy Assassin Awakens to pull the trigger on a roller coaster ride today!

An assassin on a mission

Rainey is an assassin. She has a mission given to her by something on the other side and a list of people to take out. She works with some group called control. These are the pieces I gathered from listening to the book.
In this first book of a possible series, Rainey has a target to take out but make it look natural. She goes to great lengths to acquire something in Asia and visits Tibet while there.
She has flashbacks to experiences preceding her death experience that make be triggers for people who have been raped,
The narrator does a good job.
So why 3 stars? I just feel like I didn’t have enough context to really understand why Rainey would become an assassin. Who she was getting resources from and checking in with? I suppose it’s supposed to be mysterious. Her target is a blowhard and evil political figure. It feels like the author is making a statement about her views of current affairs. So if you have strong views that oppose the author’s, you may not like this book.
I received a copy of the audiobook from the author for review.

Gritty, realistic, scary and it could have been written just yesterday about our current political corruption here and abroad . A skilled linguist that always have just the right way of painting a word picture.