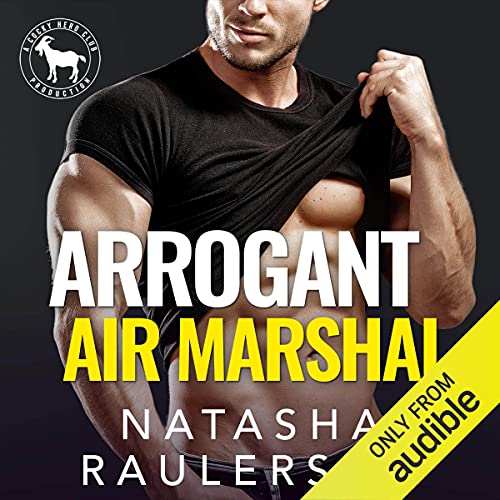 The plane took off, and I couldn't stop trembling, despite the soothing sound of the pilot singing a Beatles song over the intercom.

My name is Bianca “Binx” Moretti, and I hack from the rich to give to the poor - mostly. Only I hacked from the wrong rich guy and was literally on the flight for my life.

When Xander Hawke took the seat next to me, he tried to charm me with his smooth-talking ways and dimpled cheeks. Yeah, he’s drop-dead gorgeous, but he's also arrogant as hell.

And I had more important things to worry about. Like the emergency landing our plane made because of mechanical issues.

Oh, and guess what? Xander Hawke? Yeah, not a sexy playboy model. Nope. He’s a sexy playboy Air Marshal who only sat next to me because he pegged me as a threat.

Okay, to be fair, there had been a threat on the plane, but I wasn’t the source.

I was the target.

Stuck in an unfamiliar city, I had to rely on Xander Hawke to keep me alive until I could safely get out of the country.

Sure, we were stuck together for the next few days, but that didn’t mean we had to give into temptation.

What started out as a way to let off steam evolved into something I never expected.

But we stood on opposite sides of the law, so it couldn’t last right?

Except our ending was one I didn’t see coming.

This book was low angst, low stress, and had a happy ending. Was it slightly unbelievable…. Well yea…. But I’m pretty sure I picked this one of the fiction shelf so I didn’t mind.

So Many Twists and Turns

I binge listened to this while at work, which made me thankful I can shut my office door. Whew, those steamy scenes are spicy 🔥. You need this book in your life, it will keep you on the edge of your seat!

I was a little nervous to listen to this audiobook. I wasn't sure how it would turn out as I listened. When I read a book I can usually set the tone in my head. But not every narrator can do that for me.
The Author herself is a great writer and I wanted the audio to be just as good.
The story was amazing! Ignore those around you good! I mean, I didn't want to talk to anyone or have anyone interrupt me while I was listening. I was attached to every word that was read to me. The suspense was great. The romance was just right and the story line was nailed!
I loved how the male character continue to tease her throughout the book with this one little thing. It was a fun!
Both narrators delivered! They did an awesome job and I hope to listen to more of their audios.
Take your fingers and download this now!!! It's that easy. Hurry!

Great story. Packed with fun drama and just good old fashioned writing. Enjoyed this immensely. It's a keeper and will listen again in future. Thanks for an enjoyable experience.