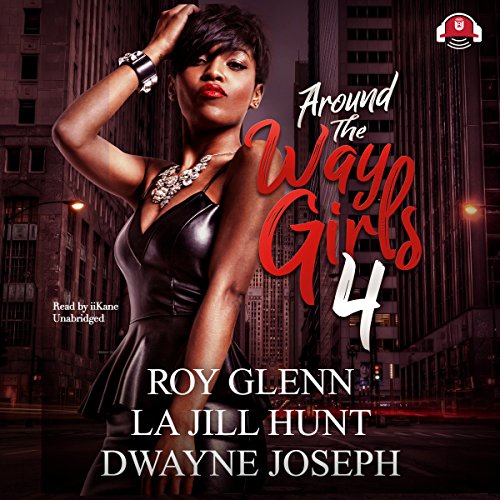 Around the Way Girls, Book 4

There's a sayin' that if you come from my part of town, that you're from around the way. Around the Way Girls 4 is a look at the life of some street-smart women who think they have the world in the palm of their hands but are about to find out that things aren't always what they seem.

For talented artist Jovia Grant, life has gone from one extreme to the other. Being raised by a single mother living in a lavish home, her much-needed break from home comes when she is accepted into a summer art program where she rediscovers old friends and meets a few new ones. In "Thug Passion", La Jill Hunt, Essence magazine best-selling author, brings in the drama as these two worlds collide and Jovia's family discovers that she has been learning more than art.

In "All for Love", Dwayne S. Joseph weaves a dramatic tale of love and betrayal. After the turmoil she suffered in her 20 years, Rayne is thankful for the safety and companionship given to her by her boo Love. Unfortunately for Rayne, the drama and heartache are about to come back into her life in a major way when she finds out she is pregnant with Quincy's baby.

In "All About the Money" by Roy Glenn, it truly was about the money for Jada West. From dancing at the best club to becoming the city's top madame, whatever it took to make piles of paper, that's what she was about. In this tale of power and money, Glenn bring a different flavor to this around the way girl as Jada discovers that, in the end, there is something more important than money.

Good stories but some of them dragged on too long and had some stupid endings.

The synopsis to Thug Passion has almost nothing to do with the actual story! Jovia was not raised by a single mother in a lavish home! Her mom died when she was 9 in a fire and she was taken in by the councilman and his wife who gave her everything she wanted and needed! She just didn't want to lead the life the councilman wanted her to lead! Besides missing her mom she do go from extreme to extreme! There was the rape incident at prom but again THE SYNOPSIS OBVIOUSLY WAS WROTE FOR THE WRONG STORY!
The story was okay even though it seemed rushed!
As for the other two stories they were okay!

I love book it was a great stories!!! Not sooo sad as the others that was great

THE NARRATOR MADE THIS ONE SO MUCH MORE INTERESTING 🥰!! I WILL BE LOOKING FOR MORE AUDIBLES READ BY HER ☺️! She was so into character and even used sound effects it was amazing 🙌🏾!

I love the narrator, always had and I enjoyed how all the stories were linked even if the ladies didn't cross each other's paths. I like how they gave multiple aspects of "around the way" not just a Hood's tale. overall a good book

So glad I found this series. Will definitely be listening to past and future releases.