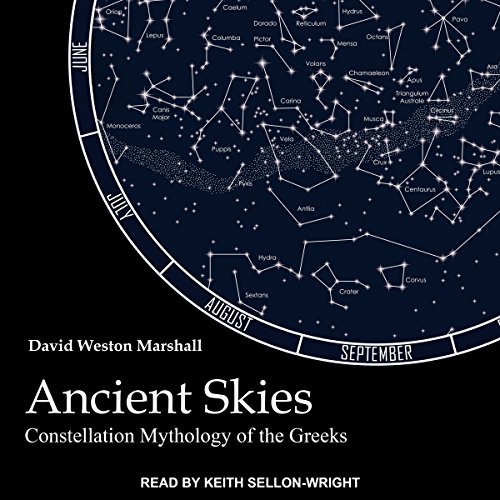 The stars and constellations are among the few remaining objects that appear to us just as they appeared to our distant ancestors. From anywhere on Earth, a person may view the celestial panorama simply by stepping outside at night and gazing upward.

This nonfiction narrative presents the tales of the 48 classical constellations, compiled from literature spanning a thousand years from Homer (c. 800 BC) to Claudius Ptolemy (c. AD 150). These age-old tales have captured the human imagination from ancient times to the present, and through them we can examine the early practical astronomy, philosophical speculation on the cosmos, and fundamental moral beliefs of much of Western civilization.

Through Marshall's research and storytelling, Ancient Skies brings the belief systems of the classical world to shining life.

As somebody who loves stargazing, I found this book to be a brilliant reference for the mythology behind the constellations that I often look and wonder upon.

so glad to finally learn constellation mythology and this audiobook was the best way to do it!