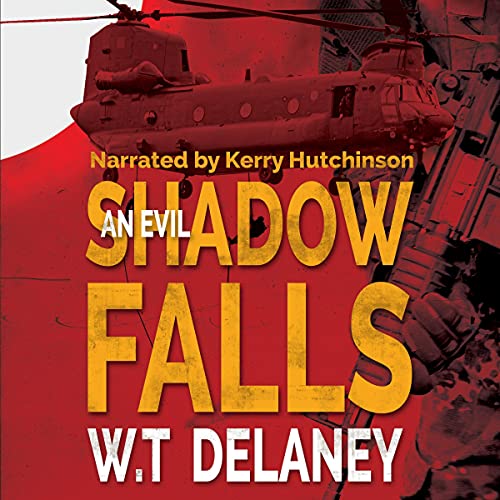 An Evil Shadow Falls is the final part of the Sam Holloway trilogy, in which the former Special Forces officer and her team of warrior contractors face their most dangerous mission yet, in a wild adventure that starts in London and ends in armed intervention and death on the high seas.

A nuclear warhead had gone missing and a terrorist mastermind, inspired by the events of 9/11 and a fanatical vision of Armageddon is planning a mass-casualty attack against the West that can only be measured in the metrics of madness.

The Security and Intelligence agencies have to make sense of a complicated jigsaw puzzle of clues, technical intercepts, source reports, and inputs from foreign intelligence services if they are to prevent Ground Zero 2. In a race against time, Sam's team, now including an unlikely ally, a refugee from London's postcode drug wars, and an MI5 agent within ISIS must find the deadly device before it detonates.

The last book in the Samantha Holloway series starts in London, has its back story in the wild mountains of Afghanistan, and ends on a stormy night in the mid-Atlantic, with the Special Boat Service on standby and ready to deploy from a Royal Navy warship in support of the Spartan team.

But even the best-laid plans rarely survive contact with the enemy, and the team must draw on all their combined skills and courage if they are to thwart a murderous plot that carries with it a horrifying echo of an all-too-possible future reality.