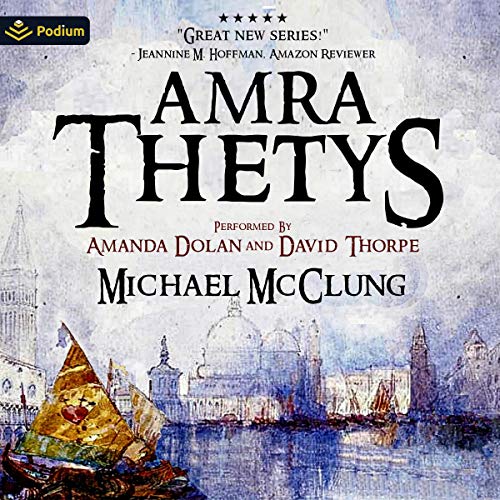 Amra Thetys lives by two simple rules - take care of business, and never let it get personal. Thieves don't last long in Lucernis otherwise. But when a fellow rogue and good friend is butchered on the street in a deal gone wrong, she turns her back on burglary and goes after something more precious than treasure: Revenge.

Revenge, however, might be hard to come by. A nightmare assortment of enemies believe Amra is in possession of The Blade That Whispers Hate - the legendary, powerful artifact her friend was murdered for - and they'll do anything to take it from her. Trouble is, Amra hasn't got the least clue where the Blade might be.

In Amra Thetys, Amra faces unsavoury enemies - such as an immortal assassin and a mad sorcerer - teams up with a mage with a distaste for magic, and embarks on a quest for the secret to immortality.

So, the preformance is good. The storyline is fine, but abrupt with changes and logic decisions. Its not completely horrible, but it does detract. The main character is fun, but I started to feel that it had been developed from strong woman characters from an 80s TV show. The second book is better than the first, the third and fourth better than the first...so I can recommend these books, but don't expect perfection.

Couldn't put it down , when I had to. couldn't wait to get back in it's pages.