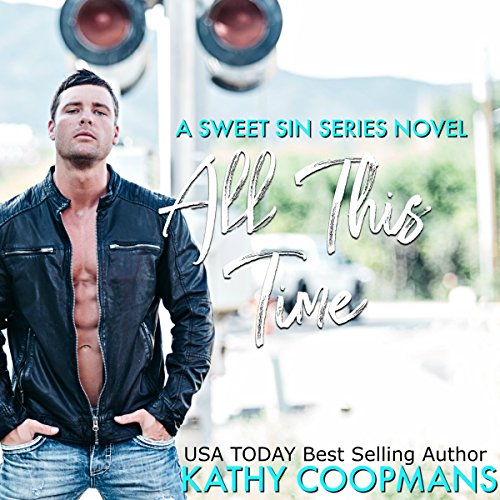 Some people claim to have their hearts ripped out of their chests. To feel the world shift under their feet. To feel intoxicated by love.

Miles Wittman, the bassist for the rock band Trained in Black, felt those things until the shift became a hole and dragged him into darkness. His mind clouded by years of alcohol abuse, the man remembers very little of the last two years of his life.

Until her. A woman from his past. Julia Nulty, the band manager's sister, the sexy, exotic plus-sized model.

Bits and pieces of his memory start to surface after the two of them are caught up in an unexpected photo shoot. She’s rocked his world. He feels the shift. The intoxication. But Miles, he has no recollection of the night they spent together. If he finds out the truth of what happened, it could possibly lead him back to the darkness.

And Julia, she holds the secret. A secret that could send Miles back into the dark or straight to his grave.

Miles has suffered an enormous tragedy that he has never been able to recover from. He numbs his pain with alcohol and woman, but his life is heading in a downward spiral when his bandmates intervene and send him to rehab.

Julia is a plus sized model who was close to her father but since he passed away her mother has done nothing but criticize and belittle her. She is the band manager’s sister and she and Miles have a past even if he doesn’t remember it.

Now that Miles is facing life sober he feels a deep connection and chemistry for Julia. He is trying to rebuild his life but is Julia willing to let him close enough to have the power to hurt her again.

This is a heartbreaking and heartwarming story of love, loss and healing. Both these characters have endured so much and are so much stronger together than apart. I thought the narrator did a great job of bringing the story to life.

ALL THIS TIME is the third book in the Sweet Sin series. Each will stand on their own, but I highly recommend enjoying the whole band.

Starting from the beginning pages, the story is emotionally gut wrenching, especially for a person who has lived through the loss of a child.

Then there is Julia. I identified with her: her pain and her optimism; her strength that is easily undermined even as she rebuilds herself. Her mother, no doubt, will find her own bedeviled roommate one day in the afterlife. I won’t say too much more, because I really do think you should read this story for yourself.

My only suggestion is that you read it, not listen on audiobook.

Narration – 2 crowns: Nicole Blessing has a pretty voice, but a monotone delivery. There would be no difference between her reading, “Fire!” in a crowded theater or “I had oatmeal for breakfast.” (Neither of these sentences is in the book.)

This is not the first book I have listened to that Ms. Blessing has narrated, but to tell you the truth, after one chapter, I went looking through the rest of the books I have. I found that I have three more books narrated by Ms. Blessing. Once I have listened to them, unless I hear dramatic (no pun intended) improvement I will not download another book with her name on it.

Note: While I received this book as a gifted audiobook copy via www.getfreeaudiobooks.com, my opinions are my own and are given freely.

Great, heartfelt story with interesting characters & deep & intense storylines. This is my 1st Kathy Coopmans book and won’t be my last. “All This Time” is Miles and Julia’s story. Both have issues and a past the torments them. Their story is one of challenge & escape, challenging & escaping the past, it’s pain and learning to live again. I enjoyed the author’s writing style, she captured my attention and held it to the very end. Great story build up and character development too. This is the 3rd book in the series but I read & enjoyed it as a stand-alone. Characters and band members from the 1st two books make appearances but I did not feel lost because I had not read their stories (Yet). Thank you for a great listen!!

Nicole Blessing does a great job narrating and telling the story. She brings the characters and story to life from the pages to your ears. Thank you for another great listen!