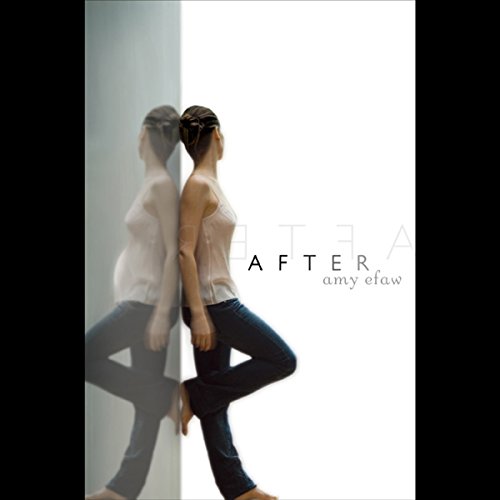 Before that morning, these were the words most often used to describe straight-A student and star soccer player Devon Davenport: responsible, hard working, mature. But all that changes when the police find Devon home sick from school as they investigate the case of an abandoned baby. Soon the connection is made - Devon has just given birth; the baby in the trash is hers.

After that morning, there's only one way to define Devon: attempted murderer. And yet gifted author Amy Efaw does the impossible - she turns Devon into an empathetic character, a girl who was in such deep denial that she refused to believe she was pregnant.

I really liked this book. The ending could have been a little better, but maybe there's a second on coming out.

After Devon Davenport hides her pregnancy then throws the baby into the trash, she's sent to a detention center to await the decision whether she will be tried as a juvenile or an adult. Frightened, angry, distrustful but most of all traumatized, Devon struggles to adjust to her new surroundings and recall the events of her pregnancy and giving birth with the help of her no-nonsense but compassionate attorney.

As a psychologist, I felt Amy Efaw did a masterful job creating an authentic and sympathetic character in Devon, a young teen of a neglectful, narcissistic mother. Devon basically raised herself, while trying to ignore her sexually inappropriate mother. While lots of people reached out to Devon during the months she tried to hide her pregnancy, I could see why she pushed them away. After she gave birth, Devon kept pushing people away probably due to PTSD which she may have had even before becoming pregnant due to her childhood.

Efaw slowly reveals the plot, as Devon recalls and develops insight into her why she did what she did. Although AFTER had an appropriate conclusion, Devon's story begs for a sequel. I enjoyed Efaw's writing style, character development and how she presented AFTER.

AFTER is the type of novel that will appeal to both teens and adults. Some readers might think they'd never make the mistakes Devon did, and most probably wouldn't. Hopefully they'll be able to better understand the circumstances that lead to someone like Devon to commit a heinous crime, yet have the potential for rehabilitation.

ETA: the audiobook was also excellent.

This story was extremely interesting and heartbreaking. The narration was very well done, too. Wish it was a little longer. Audible 20 Review Sweepstakes Entry.

Waste of Time and Money

I don't know what made me buy this book in the first place- but I'm sorry I did. The main character is whiny and unrelatable and the writing is choppy at best. The writer just focused on the wrong part of the story; I know the book is called "After" but I think it would have been semi-readable if she'd given us a better idea of what came "Before". I get the sense that I'm supposed to like the main character but everything the writer tells us about her is absolutely unlikeable. I think the author's editors did her a disservice- this story had potential but it flopped.