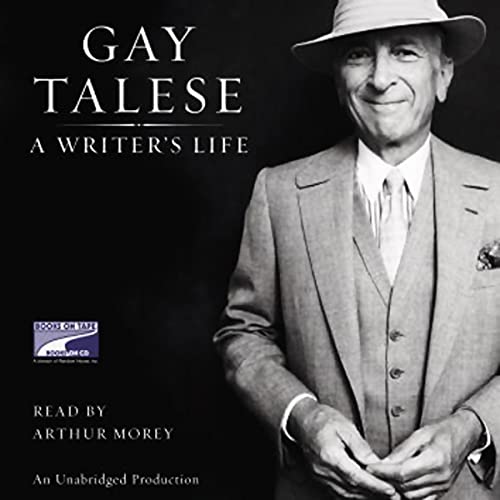 The inner workings of a writer’s life, the interplay between experience and writing, are brilliantly recounted by a master of the art. Gay Talese now focuses on his own life - the zeal for the truth, the narrative edge, the sometimes startling precision, that won accolades for his journalism and best-sellerdom and acclaim for his revelatory books about The New York Times (The Kingdom and the Power), the Mafia (Honor Thy Father), the sex industry (Thy Neighbor’s Wife), and, focusing on his own family, the American immigrant experience (Unto the Sons).

How has Talese found his subjects? What has stimulated, blocked, or inspired his writing? Here are his amateur beginnings on his college newspaper; his professional climb at The New York Times; his desire to write on a larger canvas, which led him to magazine writing at Esquire and then to books. We see his involvement with issues of race from his student days in the Deep South to a recent interracial wedding in Selma, Alabama, where he once covered the fierce struggle for civil rights.

Here are his reflections on the changing American sexual mores he has written about over the last 50 years, and a striking look at the lives - and their meaning - of Lorena and John Bobbitt. He takes us behind the scenes of his legendary profile of Frank Sinatra, his writings about Joe DiMaggio and heavyweight champion Floyd Patterson, and his interview with the head of a Mafia family.

But he is at his most poignant in talking about the ordinary men and women whose stories led to his most memorable work. In remarkable fashion, he traces the history of a single restaurant location in New York, creating an ethnic mosaic of one restaurateur after the other whose dreams were dashed while a successor’s were born. And as he delves into the life of a young female Chinese soccer player, we see his consuming interest in the world in its latest manifestation.

In these and other recollections and stories, Talese gives us a fascinating picture of both the serendipity and meticulousness involved in getting a story. He makes clear that every one of us represents a good one, if a writer has the curiosity to know it, the diligence to pursue it, and the desire to get it right.

Candid, humorous, deeply impassioned - a dazzling book about the nature of writing in one man’s life, and of writing itself.

"This is a near-perfect expression of Talese's inquisitive personality, an inquisitiveness that has led to some of the outstanding journalism of the past few decades." ( Publishers Weekly)

I never read a book by Gay Talese before, so I thought this would be what the intro claimed. It had some of his life but also a lot of it seems to be unused stories and essays he never sold, combined into a pastiche. I would avoid this unless your a real fan of his writing. It contains more, much more, about the Bobbits, John and Lauraina than you ever want to know as well as more about the NYC restaurant business.