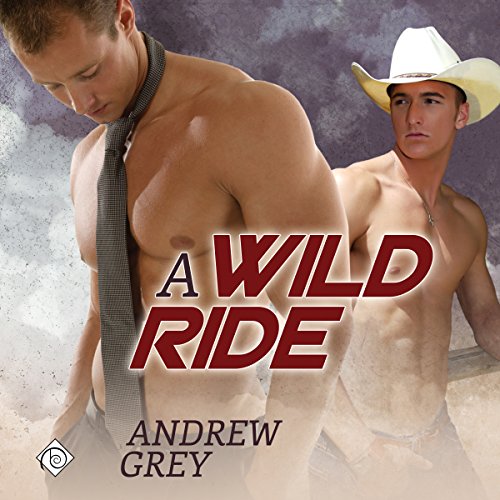 Dante Rivers just lost the rodeo by two 100ths of a point; he’s frustrated as hell, needs to get laid, and he knows just where to go. That night, he meets Ryan Abbott and catches his eye - Ryan watched the rodeo and is still riding high on the rush. The chemistry between them ignites, but Dante, unable to deal with complications, leaves while Ryan’s asleep.

Ryan figures he’ll never see Dante again, but they’re fatefully reunited when Dante’s grandfather, Hy, hires Ryan to help straighten out some old investments. The attraction between Ryan and Dante still sizzles. Sex slowly turns to more, but obstacles abound: Hy’s failing health, Dante’s homophobic sponsor, an attack on Ryan, and Dante’s own struggle with his identity. Any one thing would be enough to separate them permanently...unless they both decide to hang on for the wild ride.

The story was very enjoyable with just enough emotional tension to create interest and without being an angst fest.

Dante is a bull rider and usually in control of his life. That is until he meets Ryan. He never dreamed he would like to be dominated but the way Ryan handles him balances him and relaxes him yet scares him to death causing him to flee. But life brings them back together when his Grandfather Hy hires Ryan's company to help him settle some affairs.

I loved this book but I am a sucker for a cowboy and Dante was sexy as hell. I also like a touch of surprise and that's what I got with the first sex scene. I loved the way the two men just fit both so different yet perfect for each other. Once again Andrew Grey came up with fabulous characters, a riveting plot, super hot sex scenes with the slightest touch of D's or domination, two hot Alpha men and some awesome side characters too.

The narration is also good. John solo has a smooth voice, great pacing and keeps you engaged in the story. I listened all in one sitting, lost in the story.

This book was a great start to the Bullriders Series by Andrew Grey. I’ve read this series previously, but when I saw it was in an Audio version as well I decided to give it a listen. John Solo did such a great job giving these two characters (and their friends and family) a voice. I really had fun listening to this one, and getting a different take on this book than I did from just reading it. The audio narration was perfect and I was happy to hear how it turned out. I look forward to hearing the next few books in this series as well, especially since they seem to all have the same narrator.

Dante is a bull rider who is on his way to having the best season of his life. He meets Ryan by chance after losing a rodeo competition by a really small amount. Ryan has no clue who Dante is, but they seem to have a pretty instant and Smoking Hot connection together. A one night stand that ends up leading tentatively to more when they see each other again with another random encounter at Dante’s ranch. These two are off the charts HOT when they get together. I loved their dynamic, in which Dante could set aside his reservations and give himself over to Ryan even when he wasn’t quite comfortable with that part of himself yet. Ryan is perfect for Dante, He’s strong and confident and seems to give Dante everything he needs in and out of the bedroom. It was nice being able to see and watch them grow as individuals and a couple over the course of this book. Towards the end I was happy to see how the story ended with Dante’s grandpa Hiram, I think that part of the story was really special and was glad the author included it as well. I really liked this book the first time I read it, and I liked it just as much listening to it again.