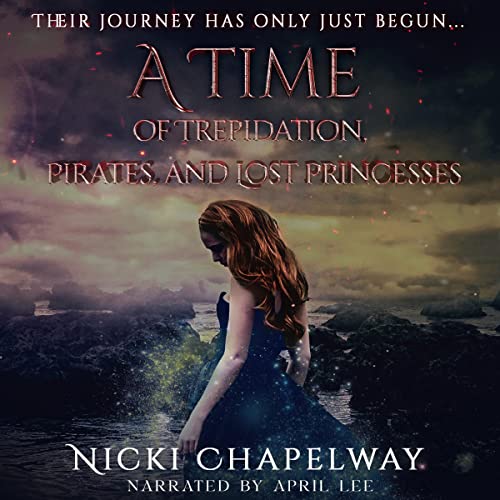 A Time of Trepidation, Pirates, and Lost Princesses

After surviving a week trapped in the magical world of Amar, Chelsea, Easton, Clint, and Bobby are still no closer to accomplishing the mysterious quest that binds them to Amar. In a desperate attempt to figure out what this quest is, they decide to follow the instructions of an ominous book of poetry that was written over 700 years ago. Inside this book are several mysterious, almost prophetic poems that tell of four heroes who are the only ones who can save Amar from a dark fate. The poems also warn that one of the four will betray the other three, one will be left behind, and one will die.

Full of trepidation over what these poems could mean for them all, Chelsea and her friends journey to the Bextian Sea where they must find a golden amulet that has the potential to finally reveal what this quest is. Alas, nothing goes according to plan, and Chelsea must soon find a way to survive a savage mermaid attack, a vengeful pirate king, and a sudden declaration of love from her childhood friend.

All added to the stress of being trapped in a magical world and the worry that these foreboding poems might actually be prophecies foretelling the future of her and her friends.