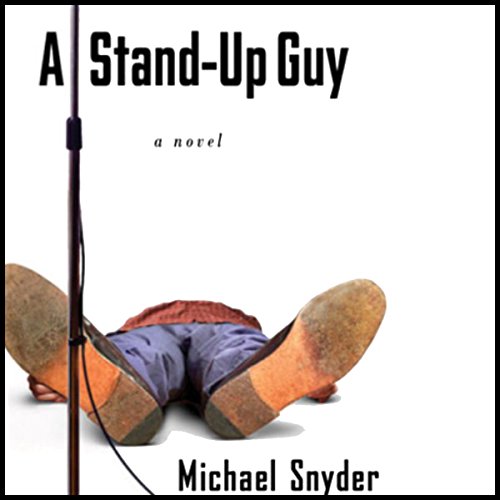 Oliver Miles is a stand-up comedian who makes his real living as a third-shift security guard at an historic Nashville hotel. Every morning on his way home from work, he stops to have breakfast with his mother, although it's been six years since she's recognized her only son. In search of his true comic voice, Oliver experiments with the juxtaposition of both highbrow and lowbrow humor, alternating between the cerebral, sarcastic, surreal, and inane.

One night, an impromptu rant on relationships turns excruciatingly personal and Oliver finds himself reduced to quiet tears onstage. The crowd finds this hilarious. Oliver finds it embarrassing, yet cathartic; then later resolves to only tell the truth in his act. As he becomes more enamored with Mattie Holmgren, the hotel's night auditor, he discovers her sneaking into guest rooms in the middle of the night. Eventually, his infatuation for the adorable kleptomaniac haunting the very hotel he's been hired to protect becomes fodder for his stand-up act. His lack of sleep, combined with the realization that the only place he can be totally honest is in a room full of strangers, combine to stoke his greatest fear: Oliver is turning into his mother.

As his relationship with Mattie begins to blossom, it becomes clear he won't be able to keep her away from his shows forever. Oliver must eventually come clean - to see if the truth really will set him free. As usual, he decides to do it from the stage... on the biggest night of his career... and with Mattie Holmgren watching.

likeable but not all that funny...

I kept waiting for it to be funnier.. which is maybe my mistake. It's a nice little story about growing up and falling in love while battling the past...with a little show biz side story. But overall, I was just okay with it. Nothing to jump up and down about. I feel like it all could have been pushed a bit further...