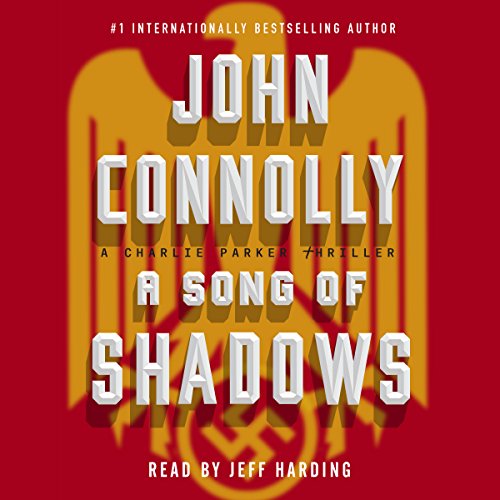 A Song of Shadows

Still recovering from his life-threatening wounds, private detective Charlie Parker investigates a case that has its origins in a Nazi concentration camp during the Second World War.

Parker has retreated to the small Maine town of Boreas to regain his strength. There he befriends a widow named Ruth Winter and her young daughter, Amanda. But Ruth has her secrets. Old atrocities are about to be unearthed, and old sinners will kill to hide their sins. Now Parker is about to risk his life to defend a woman he barely knows, one who fears him almost as much as she fears those who are coming for her.

His enemies believe him to be vulnerable. Fearful. Solitary.

But they are wrong. Parker is far from afraid and far from alone.

For something is emerging from the shadows....

I really like this series but (to me) Parker seemed to have been drifting in many of the previous books. 'Parker on a mission' is one of the more interesting aspects of the series and he seemed to have lost that for a while. The events in 'Wolf in Winter' and this book have given him his edge back and, although still recovering, he's much more driven & lethal than before.

The supernatural element is still there but seems more focused (I can't think of a better word). Parker's relationship with his daughters is both touching & ominous. The scenes with Angel & Louis are still great and I'm looking forward to seeing how Parker's connection to The Collector plays out in the next book, which I've just downloaded.

Overall, these last 2 books have really renewed my interest in the series and I'm excited for the next one.

I truly enjoyed the story. When it comes to twists and turns and plots this one seems to have it all. I won't say too much more because I don't want to spoiling. this one is a great read.

great story with a twist

my first Connolly book and I really liked it. Going to explore more for sure!

I've always loved Conolly's writing. His skillful weaving of horror, woo woo, and ironic humor, not to mention wonderful characters, keeps me on alert for each new book. This is my first time to listen rather than read, and I'm truly hooked. Keep up the brilliant work JC!!!!

Good. paranormal. mystery. kept. me. reading. to see. what. was. going. to. happen.
liked the narrator.

Would you listen to A Song of Shadows again? Why?

Was not as good as the other Charlie Parker books but still excellent. I enjoyed very much.

The horrors of nazism, or fascism in its most pungent face, need to be recognized across generations. This book seems to be pathetic as it uses it as a vehicle for a storyline.
Connolly should be ashamed of himself. If there is a story herein, it is so buried in horrific recollection that it is unrecognizable.
I like this guy’s work, but as I scrambled for ‘purpose’ in this monstrosity I found only subhuman reference and a pathetic attempt tp piggyback a novel on one of humankind’s worst episodes.
Again, shame on him and I am done with his pathetic greed.

A pretty good mystery. Light, fun
and interesting it moves along
telling a god story. Waiting for Spring waters to stop rising? This is your book.

I enjoyed this book

I enjoyed this book. I never listened to this series before. I am interested in more.