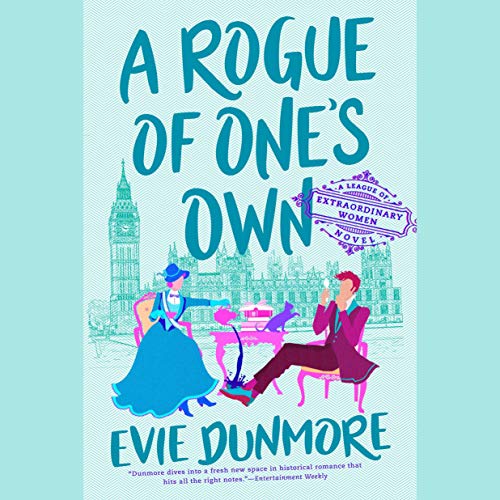 A Rogue of One's Own

A Rogue of One's Own

A lady must have money and an army of her own if she is to win a revolution - but first, she must pit her wits against the wiles of an irresistible rogue bent on wrecking her plans…and her heart.

Lady Lucie is fuming. She and her band of Oxford suffragists have finally scraped together enough capital to control one of London’s major publishing houses, with one purpose: to use it in a coup against Parliament. But who could have predicted that the one person standing between her and success is her old nemesis and London’s undisputed lord of sin, Lord Ballentine? Or that he would be willing to hand over the reins for an outrageous price - a night in her bed.

Lucie tempts Tristan like no other woman, burning him up with her fierceness and determination every time they clash. But as their battle of wills and words fans the flames of long-smoldering devotion, the silver-tongued seducer runs the risk of becoming caught in his own snare.

As Lucie tries to out-maneuver Tristan in the boardroom and the bedchamber, she soon discovers there’s truth in what the poets say: all is fair in love and war....

“Miss Dunmore is a literary force to be reckoned with. She’s single handedly forging a new historical romance era and I am here. For. It.” (Rachel Van Dyken, number-one New York Times best-selling author)

"There are few things I love more than a committed rogue…and better yet, his delicious comeuppance at the hands of the only woman who could ever possibly tame him! What a marvelous ride!" (Megan Crane, USA Today best-selling author)