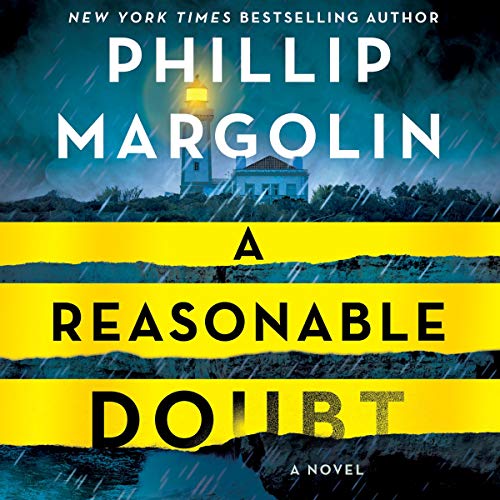 Robin Lockwood is a young criminal defense attorney and partner in a prominent law firm in Portland, Oregon. A former MMA fighter and Yale Law graduate, she joined the firm of legal legend Regina Barrister not long before Regina was forced into retirement by early onset Alzheimer's.

One of Regina's former clients, Robert Chesterfield, shows up in the law office with an odd request - he's seeking help from his old attorney in acquiring patent protection for an illusion. Chesterfield is a professional magician of some reknown and he has a major new trick he's about to debut. This is out of the scope of the law firm's expertise, but when Robin Lockwood looks into his previous relationship with the firm, she learns that 20 years ago he was arrested for two murders, one attempted murder, and was involved in the potentially suspicious death of his very rich wife. At the time, Regina Barrister defended him with ease, after which he resumed his career as a magician in Las Vegas.

Now, decades later, he debuts his new trick - only to disappear at the end. He's a man with more than one dark past and many enemies - is his disappearance tied to one of the many people who have good reason to hate him? Was he killed and his body disposed of, or did he use his considerable skills to engineer his own disappearance?

Robin Lockwood must unravel the tangled skein of murder and bloody mischief to learn how it all ties together.

This is the third book in the Robin Lockwood series. This book more than the other two can be listened to as a stand alone. This is a plot driven story with little character development as opposed to the first two books in the series that fleshed out the characters a bit more. There are multiple plots going on in this book in two timelines and it gets a little convoluted but everything wraps up nicely in the end with a killer you will never see coming. I’m usually pretty good at predicting but never even suspected.
Therese Plummer does an outstanding job narrating.
HIGHLY RECOMMENDED.
If you found this review helpful please indicate so.
Thank You.

A REASONABLE DOUBT is a light and fun listen about magician's tricks and murder by cyanide laced chocolates. Narration by Therese Plummer is excellent.

Somewhat of a Spoiler at the end. I used to love Margolin's books, but I guess Robin Lockwood's character is just not for me. The narrator was a little bit annoying at times, but didn't stop me from listening. What I really didn't like was a character popping out of the blue at the ending to be the killer. It's just too easy. I listened all the way thru, it's okay, just not great.

Great book, only one complaint

Overall the book was great. My only issue was the going back and forth between past and present wasn’t always clear.

Boring story and a struggle to finish. Good narration by Therese Plummer.

So I really enjoyed the first two books in the Robin Lockwood series, but this one is soo boring, slow, uninteresting and I am glad it's over.

To much repetition and annoying characters. Sorry but don't waste your time on this one. I hope if there is another book in this series it's better than this one. It took me forever to finish this one. UGH.

The narration is good. I like Therese Plummer she does a great job on all the voices. The men sound like men. She has a good reading voice too.

Kind of silly. Too many characters, too much trying to pull the past in to the present ... not his best.

Lockwood crushes it and the Savior and still brilliant character Regina Barrister is amazing. Phillip Margolin does a phenomenal job!