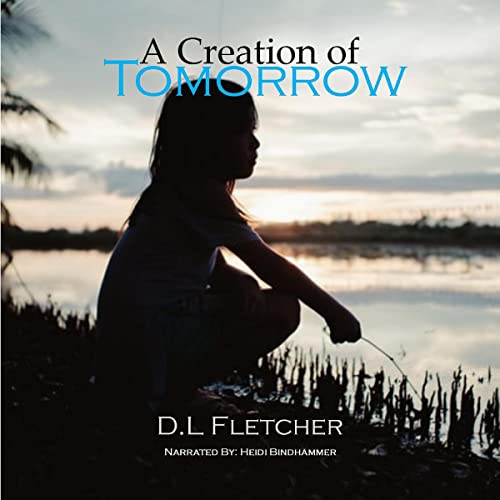 A Creation of Tomorrow

Alice's daughter Patsy now missing, her granddaughter Cami was without a mother and the one person that protected her from her father's anger. Having no doubt Cami's father Tom was responsible for the bruises, Alice turned to the police again and again, but just like when Patsy went missing, they repeatedly turned their backs on her.

Alice was desperate to find help. With nowhere left to turn, she turned to the most dangerous men she'd ever laid eyes on. Rumor had it that they were drug traffickers. The leader was thought to be the devil himself, and his men his demon disciples, but what choice did Alice have? She needed someone that could protect Cami.

They didn't wear patches on their leather, and they weren't called by any name, but they were brothers. For Rick, running a drug ring was challenge enough. Having each other's back was all that mattered until Alice approached him. Drawn in the moment he looked at Cami's picture Rick ordered Jonathan and Swan to tail the little girl and find out what they could about her situation. It didn't take long to discover that she needed their help. What none of them knew was the impact their decisions would have on tomorrow.

This is A Creation of Tomorrow.

Very interesting story and characters. I loved the little girl character and her grandmother. The thugs that are intertwined throughout Kami’s life are likable even if they are drug traffickers and murderers. Great book and I love the narrator.

A Creation of Tomorrow plot had my emotions all over the place one moment I was laughing and the next all I wanted to do was cry. The book is well written and brings up the very serious topic of child abuse and how some children deal with it. Alice is Cami grandmother and she has tried everything to save her granddaughter from her father and feels she has nowhere to turn but the local bad guys. Alice ask Rick and his crew to help protect Cami and at first he refused to help but then something changes.

Cami is a happy beautiful bubbly little girl even with her world being torn apart by a missing mother and a uncaring father. The chemistry between Rick and Alice is off the charts but will they ever be together? Will Cami ever be and feel safe? The plot and characters are well developed and written. The story is engrossing and heartbreaking but it is definitely worth reading/listening to. I highly recommend this book just know that it does contain triggers such as abuse, drug use and murder.

I received this book for free upon my request but it has no bearing on my review that I am voluntarily leaving of my own volition.

Alice is a grandmother who is so desperate for help for her granddaughter that she seeks out what is the most dangerous been in the area. Rick. As he looks at Kenny’s picture, he is hooked. He orders is meant to check her out and the situation. It is evident that Cammy and Alice need their help these mobsters become enamored with this spunky kid who doesn’t let anything get her down. As they learn and get to know Cammy, they begin to love and trust these two compelling ladies. See what transpires as Fletcher waves her magic through a creation into uptight.

It will have you crying!

OMG, what a story! I definitely recommend having a box or two of tissues available when reading this book. It will bring you to tears during several occasions. There is the atraction between Rick and Alice that you will notice and hopes that maybe it will go somewhere, but knowing that due to the different lifestyles it won't. cami is such a strong little girl that will have you laughing and wanting to jump through the book to protect her as well and strangle those that looked the other way while she was being abused. Now for me I wished that I could have reached through the book when the guys decided it was ok to just back away from Cami without a word quickly instead of slow and easy. Yes, their reasoning for wanting to do so made some sense, but it could have been handled better than how they did it.

In the beginning I thought Heidi Bindhammer was going to be one of those narrators that read through without any sort of emotion in her tone which would have been a great loss for a story like this. Thank goodness I was proven wrong, what a great job. Heidi brought the characters to life for you, especially when it was one of those moments where that box of tissue would come in handy.

Note:
Now one part I do wish to bring to your attention and not sure if it is due to the author or the narrator, but in the audio version there is no pause between the end of the book and jumping into chapter one of another story. So, watch out for that and happy reading!

Disclaimer:
I did receive this book for free from the author and the review I gave is done freely.

This is an amazing story

I loved the characters the author knew just how to pull my heartstrings. I really liked the story and the narrator did a great job. I did think it was a bit long and I guess because of that it I was confused at parts that I didn't see the time lapse until I went back to relisten to it. I am assuming that isn't the ending and another book is coming.

Couldn’t stop listening to this book once I started. Had to hear what happened next. All the characters have so many sides to them and it just works! Loved this one!

Unlike anything else I've read

Note: In the interest of full disclosure, and in case it impacts anyone's opinion of my review, I will share that I got this book for free. There were no strings attached; no one requested that I review this title, and I have no personal relationship with anyone affiliated with this audiobook. Now that we have that out of the way…

D. L. Fletcher was an unknown author to me before I downloaded this book. I read the summary and was intrigued, and the few reviews this book had on GoodReads were positive, but you never really know what to expect when you start reading someone new. So, I'm pleased to say I really enjoyed A Creation of Tomorrow.

I'll start by discussing the narration. At first, I actually thought Heidi Bindhammer sounded a little like a virtual assistant (e.g. Siri or Alexa), so I was concerned that her almost-too-perfect reading style might take me out of the story. Thankfully, I was wrong. Bindhammer did a masterful job of portraying the different characters with their own personalities and even evolving her portrayal of one pivotal character just enough to indicate that character's age as it changed over the course of the book. Truly impressive.

Now onto the story, itself… As I write this review, Audible has this title filed under "Crime Thrillers" & "Suspense." While those are not inaccurate genres, they hardly offer a satisfying description of all that this book encompasses. At its core, this is a love story. Not a romance (although there are sections that arguably include those elements as well)… but I won't expand any further, in order to avoid spoilers.

I've read plenty of thriller/suspense/crime stories over the years, and no matter how well-written or genuinely surprising those stories can be, they almost all tend to fit into a pattern or formula that an experienced reader can identify and anticipate. Essentially, one can expect certain types of twists and/or the inevitable "subversion of expectations" with these stories. Interestingly, A Creation of Tomorrow managed to subvert my expectations by not trying to subvert my expectations (if that makes sense)… and I found that simplicity unexpectedly refreshing.

If I could request one thing of the author, it would be to let me know what happens to one of the characters who hasn't been held fully accountable at the end of the final chapter. That being said, I have peeked at the author's website, and I see that "A Creation of Yesterday" is "coming soon." I can only hope/assume I'll get what I'm asking for when that title is released, so you can be sure I'll be picking that up when it's available!

In the meantime, I'll be checking out this author's other book: The Dying Butterfly.