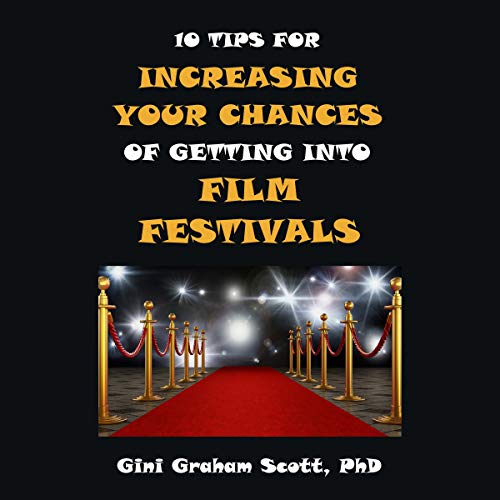 10 Tips for Increasing Your Chances for Getting into Film Festivals

10 Tips for Increasing Your Chances of Getting into Film Festivals describes how to select the festivals where you have the best chance for being selected and suggests ways to up the likelihood your film will be selected. Some of the strategies described include entering early, writing compelling letters and press releases to show how your film is aligned with the goals of the festival, and more.

The book is formatted like a journal, so listeners can write down their ideas for what to do after listening to each tip.

The book is part of a series of short books, in which each book features tips and techniques for becoming more successful in the film industry.

Gini Graham Scott, PhD is a screenplay writer, indie film producer, and TV game/reality show developer, plus a nonfiction writer who has published over 200 books, 50 for traditional publishers and 150 for her own company Changemakers Publishing. She also writes, reviews, and ghostwrites scripts and books for clients. She has written scripts for 20 feature films and has written and executive produced 10 films and TV projects.