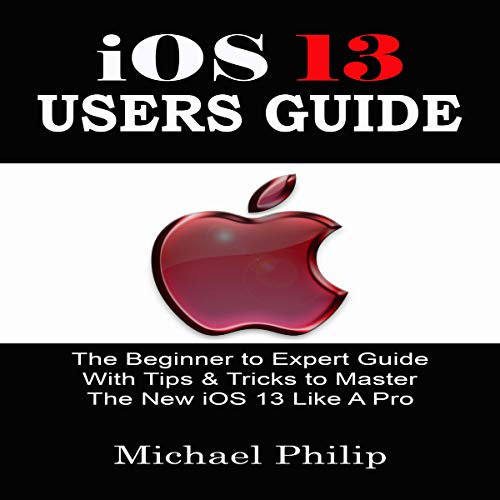 Apple introduced the newest version of its iOS operating system, iOS 13, on June 3 at the keynote event of the 2019 Worldwide Developers Conference.

iOS 13 is a huge overhaul to iOS, with a long list of new features. First up, Apple continued on with its optimization trend introduced in iOS 12, making iOS 13 faster and more efficient than ever. App update times have improved, app launch times are two times faster, app download sizes have been reduced by up to 50 percent, and Face ID is 30 percent faster.

There's a new system wide Dark Mode option, which changes the entire look of the operating system from light to dark. You can choose either option, or have Dark Mode come on at sunset or on a custom schedule.

iOS 13, offers a heap of new features. But using new software can be a little overwhelming, and getting stuck in fully can initially seem like a full time job. Don’t worry about doing the digging yourself, we’ve already done it.

This audiobook contains all the tips and tricks that you need to master the new iOS 13 like a pro.

Here is a preview of what you will learn:

If you are looking for an easy to follow guide on making the most of the new iOS 13 then get this audiobook for your collection!