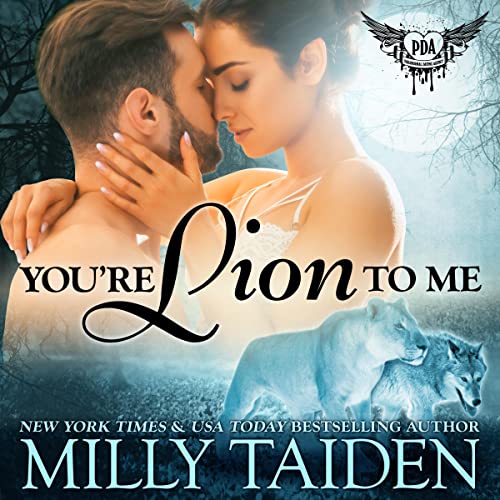 You're Lion to Me

From the planet Aurora, lioness shifter Dalissa Furr wants to explore new places before she goes insane from boredom. So a trip to Earth is a must. Finding her mate in the process would be great, too, if Gerri Wilder can make it happen. But according to her parents, her smaller-than-normal size and delicate features make her undesirable to a shifter.

Azai Whittip, alpha of the White Tip wolf pack, will only accept his true mate for a lifelong partner, to the dismay of the females in the pack. When Gerri asks him to take her friend sightseeing, he doesn’t expect this friend to be gorgeous and smell so damn good. Oh, and bonus, she’s his mate.

As far as Azai is concerned, life’s perfect now that he found Dalissa. But someone in his pack or the neighboring lion pride think wolves and lions don’t mix. When both alphas and the male wolves come up missing, it’s up to Dalissa to figure out what’s going on and how to stop the one person set on destroying both packs and dominating the human world. Talk about an adventure!

Ce que les auditeurs disent de You're Lion to Me