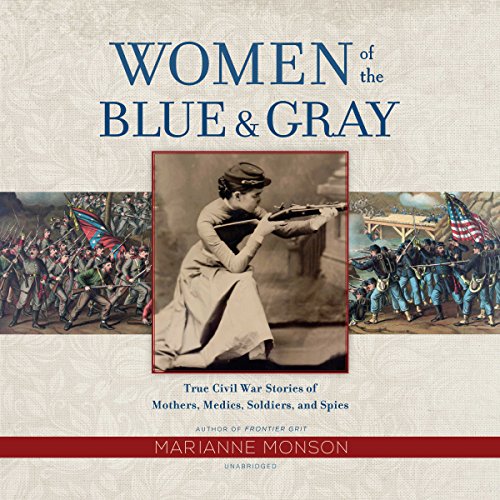 Women of the Blue & Gray

Hidden among the photographs, uniforms, revolvers, and war medals of the Civil War are the remarkable stories of some of the most unlikely heroes: women.

North, South, black, white, Native American, immigrant - the women in these small drama biographies are wives, mothers, sisters, and friends whose purposes ranged from supporting husbands and sons during wartime to counseling President Lincoln on strategy, from tending to the wounded on the battlefield to spiriting away slaves through the Underground Railroad, from donning a uniform and fighting unrecognized alongside the men to working as spies for either side.

This audiobook brings to light the incredible stories of women from the Civil War that remain relevant to our nation today. Each woman's experience helps us see a truer, fuller, richer version of what really happened in this country during this time period.

Shocked. awed. amazed. marvelled. the stories of the heroism, bravery, leadership of women during the civil war. listen to this one.

This was was both an informative and interesting read about a difficult time in our country's history and the many women who played vital roles.