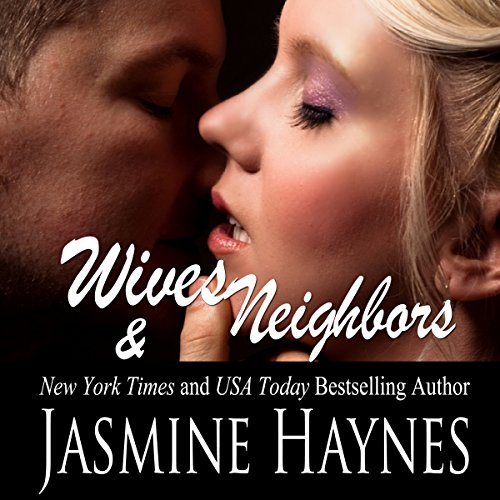 Kinky Neighbors is a naughty little foursome tale packed with loads of emotion. Two couples, two very hot wives, two husbands who don't mind a little swapping.... The Mitchells and the Harts have been next-door neighbors and friends for the past year. They have loads in common: double incomes, professional careers, no kids...and a kinky streak. Now they're about to become very good friends...with kinky benefits. The sex between them all is hot, naughty, and unbearably exciting. It isn't merely swapping partners and moving to another room; it's true foursome sex, same room, same bed, all four involved.

For Drew and Cat Mitchell and Logan and Alexis Hart, it's about barreling through boundaries none of them have ever crossed before, doing kinky things they've only fantasized about. But when they begin to exchange not just sex but emotional connection, the problems start; a little jealousy, feeling left out, wanting more from the wrong partner. Can two couples really share everything without losing it all?