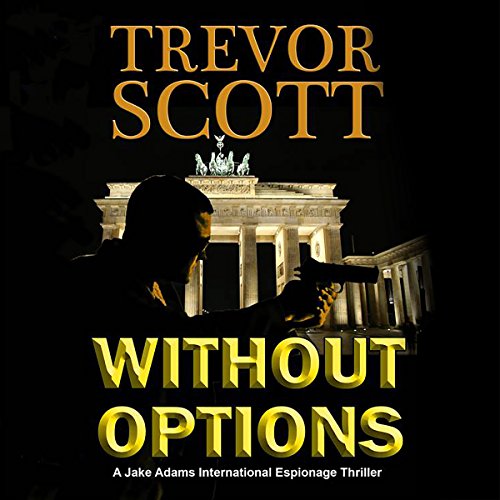 Jake Adams is a man on the run. The former CIA officer has survived one assassination attempt already, but just barely. His girlfriend wasn’t so lucky. And now someone else has tried. Jake has no choice but to go underground until he can discover who wants him dead and why. But Jake made many enemies during his career, and few friends. With a member of the Austrian polizei and a German intelligence officer as his only allies, Jake sets out across Europe, fighting to stay one step ahead of the assassins who dog his every move. What he finds could not only end his life, but could shift the balance of power in the world.

It was a marvellous read . Couldn't stop reading. Would happily recommend to everyone .

Would you try another book from Trevor Scott and/or Bronson Pinchot?

Just learning how to pronounce foreign words would be a good beginning.

The reader detracted so much from the book that there were times when I almost was unable to finish it.