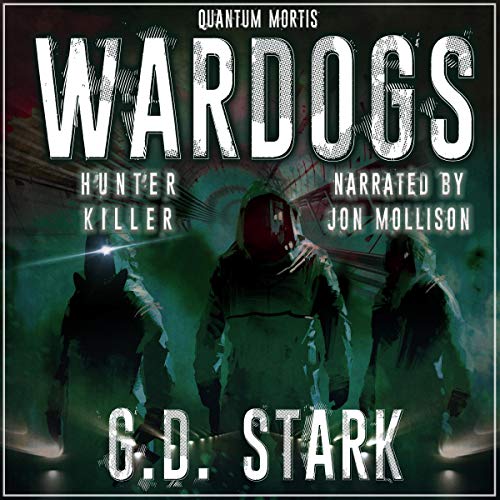 All war is murder for profit. Some corporations are just more open about it.

Wardogs Incorporated is one of the largest and most professional mercenary corporations operating in the Kantillon subsector. If you need a bodyguard, an assassination team, or an armored cavalry regiment complete with air support, Wardogs Inc. can provide it for you...for a very steep price.

Fresh from the nuclear-scarred battlefields of Ulixis, Tommy Falkland and his squad mates are happy to be assigned to a simple corporate bodyguard contract when the interstellar corporation Datacon Verlag inadvertently offends a seriously strange religious cult with an advertising campaign and turns to Wardogs Incorporated for protection. But the contract proves to be considerably more challenging than expected when the executive they are guarding ends up dead, murdered by a military-grade toxin, and they find themselves ordered to track down his killer.

But how do you solve a murder when your two primary skills are breaking things and killing people?

Hunter Killer is the second in the Wardogs Inc. series of military science-fiction novels.

Not bad but not great

the elements of dialogue and characters were not sloppy but they were not interesting either. the story developed in a ok way but it wasn't compelling. the best interactions I thought happen early on between two side characters.