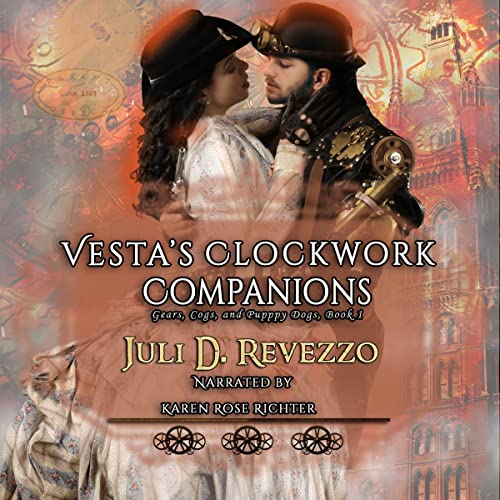 When Vesta Bartlett, a wealthy alchemist and inventor, arrives in England to finalize an arranged marriage and help overhaul a family friend's outdated ironworks, she never expects to find the family so secretive, nor to develop feelings for her fiancé’s younger brother, Henry.

But, the growing attraction between Vesta and Henry is just the beginning of their troubles. Things really heat up when they're drawn into a secret project for Queen Victoria's military, one that requires Vesta's knowledge of clockwork and Henry’s iron.

An epidemic has wiped out all the dogs in Britain, and beyond. If the military fail in their effort to restore the species, a clockwork creation may be all that stands in the way of a world without canine companionship.

Are Vesta and Henry up to the challenge?