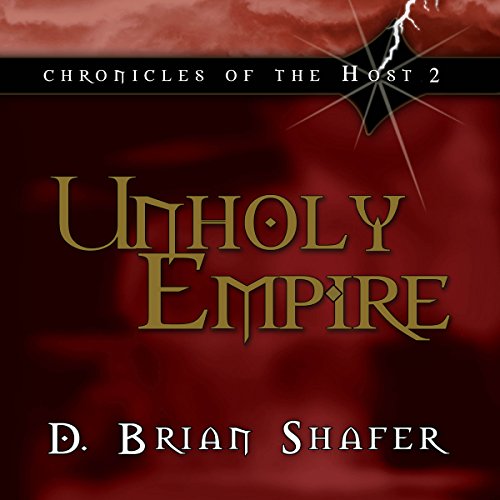 The prophetic clock is ticking. Lucifer and his army of imps search frantically for the prophetic "Seed of the woman". The memory of God's promise that this seed would rise up and crush the serpent's head stirs them to shadowy demonic activity.

Unholy Empire chronicles the duel between God and the fallen angels as both focus their attention on the Seed. The devils watch for any and every sign of the Seed in an all-out effort to stop, delay, compromise, or otherwise destroy this impending prophetic nightmare. If they fail they are all doomed.

The second book in the Chronicles of the Host Series, Unholy Empire uncovers the major themes covering the Seed and the people of covenant as well as Lucifer's all-out war against them. It sheds new light on dramatic encounters between Cain and Abel, Moses and Pharaoh, David and Goliath, and others.

The neration is excellent but the story starts getting full and unoriginal pretty fast compared to the first book.

The illustration of the interaction between the Spirit a realm and the natural realm is perfectly depicted in this book. I think that it is a must read for every Person that professes Christ!

My son is handicapped and it has been wonderful sharing this with him. Love it.

the end of the last book and large chunks of this book were just long drawn out monologues by Lucifer. this made the book tedious, but overall it was still an interesting listen.