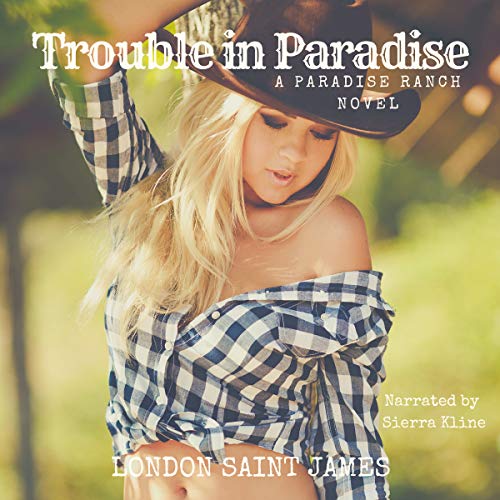 If you know what's good for you, you'll go back to Dallas.

Since coming home Sutton has inherited a heap of headaches, two bossy men who want her for their own, threatening notes, and a whole lot of trouble in Paradise.

Having Doc McNab as competition, being 10 years Sutton's senior, and under her employ, meant the deck was stacked against Flint Palmer when it came to winning the sexy, vivacious Sutton as his woman. No way would she be interested in an old, worn-out, ex-rodeo cowboy like him, but that wasn't going to stop the man from trying.

With the exception of the pretty-as-a-picture Sutton Callaway, Kale McNab's childhood sucked. He'd been jerked up more so than raised by his ex-convict of a father, eventually leaving the girl and West Texas behind. Now, he's all grown and back in Sutton's life, willing to do whatever it takes to stay there.

I received this audiobook in exchange for an honest review. What do you get when you have a beautiful rancher, a sexy cowboy ranch foreman and a rough around the edges vet...a hot mess of the heart.
There is true trouble at the ranch in more ways than one. Between all the chaos, it is a wonder how anyone has time for romance..but there it is sneaking its way into the story. I personally am fond of the ranch forman...but since the author left a doozie of a cliff-hanger I am not sure what the HEA is going to be.

The narrator did well but often was over sultry when it was not necessary. Each character had their own personality which was a bit difficult with all the men in this book.

Hurry up and get me the next one so I can find out what happens next.