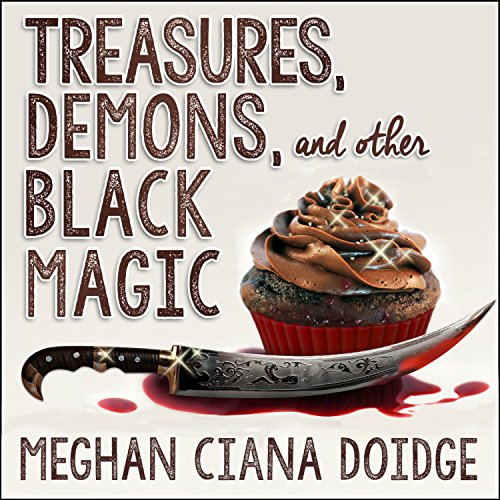 Treasures, Demons, and Other Black Magic

Treasures, Demons, and Other Black Magic

I hadn't set foot in the human world for more than a few hours in over three and a half months. Sure, I was stronger and faster than I'd ever been before, and I had a shiny new sword, but I was seriously chocolate deprived. I don't recommend quitting cold turkey. And the new sword was a problem - to my mind, anyway. It represented all the expectations of a powerful father and a new otherworldly life. A life that wasn't the one I'd worked so hard to build. It also represented the responsibility I had to bring my foster sister Sienna to...what? Justice? I didn't know if that was even possible. What I did know was that Sienna wouldn't stop, and that I couldn't just leave everything up to fate and destiny...or maybe I was. Maybe I was doing exactly what I was supposed to be doing. If you believed in that sort of thing.

I just hoped that before the chaos and mayhem renewed, I'd manage to get my hands on some chocolate. It didn't even have to be single-origin Madagascar. I was utterly prepared to lower my standards.