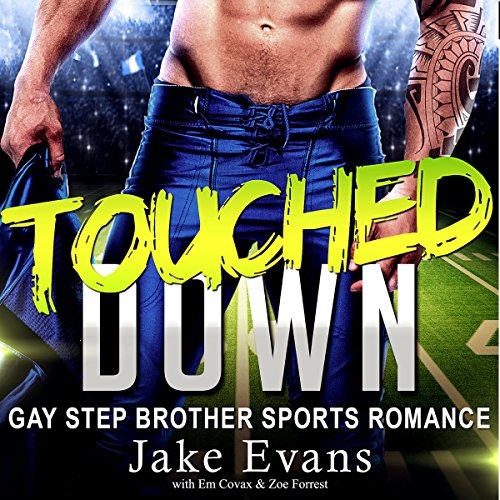 Taylor was on his way to big things. He was the star quarterback in college at Michigan State, and as his last football season was tapering off, the offers were starting to stream in for him to play professionally in the year to come. Everything in his life was starting to fall into place, or at least that was how it appeared.

In reality, Taylor felt empty. He should have been happy; his career was rock solid, and he had a beautiful girlfriend that made every man on campus jealous. Taylor had it all, but there was something missing. On his quest to find out what that missing piece was, he found himself going down a dark path that he would never have imagined.

What Taylor yearned for was the forbidden fruit that was presented to him.

What he didn't realize was that there would be consequences.

Touch Down Fumbled the Ball

Oh perhaps if Taylor had one iota of remorse for how he treated others and was only remorseful for being caught being gay by his unknowing beard girlfriend. She was a real B too but Taylor was stringing her along and toying with her tiny heart. That might warrant 3 stars.

I would listen to anything by Gus Klondike. He did the best he could to put lipstick on on this pig.

Which character – as performed by Gus Klondike – was your favorite?

The step brother is emotionally stupid but has a good heart in even trying to turn this male unremorseful pig into a human being.

Taylor, the quarterback, was such a toughly unattractive egomaniacal character from a personality standpoint that one does not give a rat’s behind when he winds up on a lonely cliff, drunk and contemplating jumping to his death. There is nothing to recommend an intervention by the stepbrother to save his sorry behind either personally or professionally. There is no evidence to suggest that Taylor learned anything or would change his egocentric personality in any way shape or form to warrant picking his sorry behind out of the gutter. As soon as he gets a second chance there is nothing to suggest that he will not return to his, "it’s all about me" viewpoint other than the fact that he was forced out of the closet. Beauty is only skin deep and under his hyper-masculine skin Taylor is ugly to the bone.