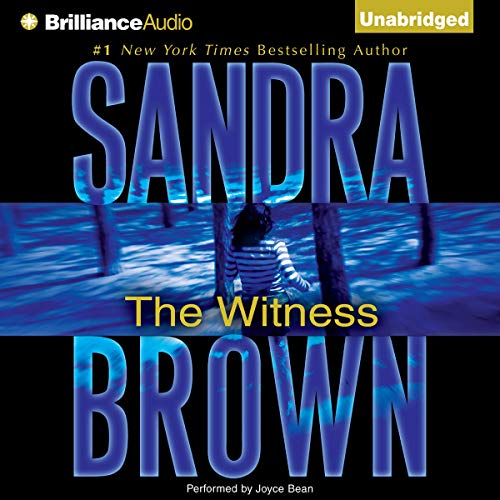 Kendall Deaton pulls herself and her baby out of a wrecked car, and a mixture of courage and fear gets her to the top of a ravine, where she flags down help. But she doesn't dare reveal her true identity to the authorities. Instead, she plans her immediate escape. Her perilous flight begins.

The best public defender in Prosper, South Carolina, Kendall had stumbled upon the town's chilling secret - and her marriage to one of the town's most powerful men has become a living hell. Now Kendall is a terrified mother trying to save her child's life...a reluctant witness who knows too much about an insidious evil...and a woman surrounded by forces that will stop at nothing to protect what is "theirs".

"This page-turner is a must on any summer beach reading list and a testament to Brown's gifts as a talented storyteller." ( Today)
"The push-pull generated by John's memory loss and Kendall's terror sparks a sexual tension that is deftly and vividly consummated, and secrets keep popping out until the last page. Brown's forte is glitch-free, all-over-the-map plotting, and her take on white-trashy behavior pushes just the right buttons." ( Publishers Weekly)

This is a must read. I love how Sandra Brown brings the characters together. You know there must be a connection and eventually there is. Her stories are so interesting and suspenseful. It's always a pleasure.

This was an interesting story. I found that some parts of the story were predicable, but others were shocking (a little to much blood and guts for me). And, Ms. Brown does not describe a scene sparingly!

The story starts slow but strong and builds. Lots of backstories which held my interest fairly well. Nearly three quarters into the story, the action really get started and the story suddenly makes a sharp left turn and went in a direction that I did not expect. Unexpected twists and turns that elevated the story above predictability for me.

The voice the narrator used for the main character sounded very immature. The voice did not match the character's ability to get herself and her baby out of a fatal car crash, escape from a hospital with her baby, and run from the FBI and everybody else for days and days!

While the narration was not that good, it wasn't bad enough to make me quit listening. The story could benefit with a stronger narrator, possibly a female with a deeper voice.

Although the story was interesting enough (although not as good as much of Ms. Brown's work), the narrator's interpretation of the protagonist's voice was incredibly annoying. She was supposed to be mature enough to have a career as an attorney and be married with a child, but Ms. Bean gave her a childlike voice that made her sound like an 18 yr. old airhead. Very distracting and really diminished my enjoyment of this story.

I think Sandra Brown never met an adverb she didn't like. Patiently, sarcastically, warmly, ruthlessly, sexily... egads, I began to count them. It's as if she writes with a thesaurus, not at all like real people talk or think. The narrator doesn't help...she lays into every word and is not natural. Also her male characters all sound like Colonel Sanders or Rooster Cogburn, old or young, so it began to take on an unintentionally comical sound. I gave it three stars because there is a story that is fairly compelling. I didn't realize that Sandra Brown was a romance writer, I guess I thought it was going to be more of a crime story, so maybe my expectations were skewed.

What would have made The Witness better?

The protagonist of this story is portrayed as an idiot. She didn't know that Matt was a spineless daddy's boy before marrying him? And a mother of a newborn being hunted by white supremacists does not forgo her opportunity to escape because she feels sorry for a man she barely knows. But the worst part of this audio book is the narration. Like so many books, you don't get to hear the narrator do the characters' voices in the sample. Her Kendall voice was awful, as were all her male voices. I almost couldn't finish the book because listening to Kendall was driving me nuts.

I recommend other Sandra Brown audio books such as Lethal, Envy and White Hot. This is a waste of a credit.

Who would you have cast as narrator instead of Joyce Bean?

It kept me guessing for most of the book but in a good way. I couldn't get any work done until I had heard it all!

What made the experience of listening to The Witness the most enjoyable?

Sandra browns of building a plot, characterisation and suspenseful story lines is second to none. I really relate to her strong yet feminine women and the men who aren't quite perfect but are

Getting to know the characters and the path it lead to, which although expected took very unexpected turns.

She is a marvellous reader and makes the characters really come to life. I bought this book because I have listened to Joyce bean before and selected it mainly because of her, then discovered Sandra brown is a brilliant author. Excellent very thrilling combination

Buy a Sandra brown or search for Joyce bean, you won't be disappointed.

This was a totally gripping novel. I couldn't stop listening. It had me so wrapped up in the story line it was the first thing I started to listen to as I woke up. Great twist at the end. Highly recommended.

Oh, I think the potential for this to be a 4 or 5 star book is definitely there. Loved the plot and the twists and the overall flow of the book. However, the sex scenes were overtly graphic and vulgar, and the narration was grating. So, tame the sex scenes way down and get a good narrator, and it's a winner.

The narrator was good for the main female character, but horrible for most of the other characters, especially the male characters. The voices (save the protagonist) were harsh and grating.

Loved the book but couldn't stand listening to the reader. The plot certainly keeps your attention.