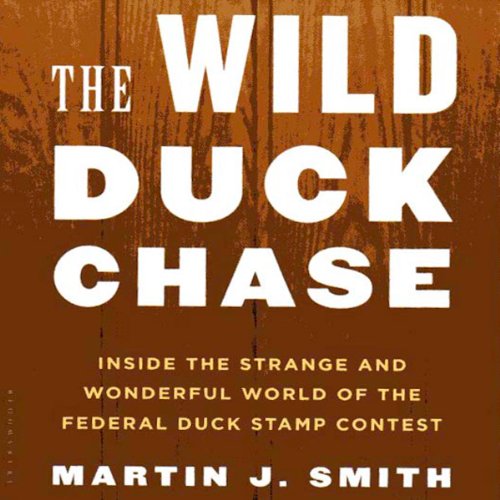 The Wild Duck Chase takes listeners into the peculiar world of competitive duck painting as it played out during the 2010 Federal Duck Stamp Contest - the only juried art competition run by the U.S. government. Since 1934, the duck stamp, which is bought annually by hunters to certify their hunting license, has generated more than $750 million, and 98 cents of each collected dollar has been used to help purchase or lease 5.3 million acres of waterfowl habitat in the U.S. - the core of the National Wildlife Refuge System.

As Martin J. Smith chronicles in his revealing narrative, within the microcosm of the duck stamp contest are intense ideological and cultural clashes between the mostly rural hunters who buy the stamps and the mostly suburban and urban birders and conservationists who decry the hunting of waterfowl. At issue is preserving the habitat of ducks and other waterfowl for all to enjoy: If the number of hunters continues to decrease - and unless nature lovers support the duck stamp program - this landmark conservation effort faces possible extinction.

Smith made a great case for the significance of the Federal Duck Stamp program. But this is not a dry historical monograph. It is peopled with interesting characters and contains enough drama to keep you listening.