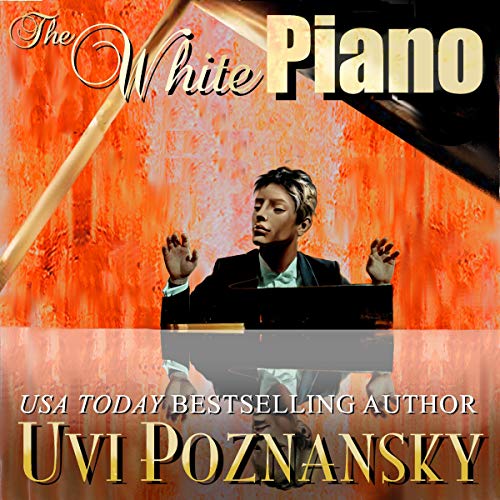 Coming back to his childhood home after years of absence, Ben is unprepared for the secret which is now revealed to him: His mother, Natasha, who used to be a brilliant pianist, is losing herself to early-onset Alzheimer's, which turns the way her mind works into a riddle. His father has remarried, and his new wife, Anita, looks remarkably similar to Natasha - only much younger. In this state of being isolated, being apart from love, how will Ben react when it is so tempting to resort to blame and guilt? "In our family, forgiveness is something you pray for, something you yearn to receive - but so seldom do you give it to others."

Behind his father's back, Ben and Anita find themselves increasingly drawn to each other. They take turns using an old tape recorder to express their most intimate thoughts, not realizing at first that their voices are being captured by him. These tapes, with his eloquent speech and her slang, reveal the story from two opposite viewpoints.

What emerges in this family is a struggle, a desperate, daring struggle to find a path out of conflicts, out of isolation, from guilt to forgiveness.

Loved it, awesome audio delivery, amazing character change in voice delivery, kept my attention all the way to the end

So, I think this was a great follow up to book 1. As with the first book, you still get the same sort of feels from the human condition story of this disfunctional family. This time, though, it is very interesting to see things from a different perspective this time. You learn new things on some situations you heard about in book 1. I found myself examining my opinion of things in book 1 with the new information from this book. A book that makes you think, are worth trying, if you ask me.

Love, and Loss and Family

For fans of the series, this is actually the chronological last story in the series, told from the point of view of Ben, Lenny and Natasha's son. Like all of the stories in the series, The White Piano is lovingly and sensitively told, sometimes painful to read, as the details of a troubled family often are and completely captivating.
Each of the characters - Ben, Anita, Natasha and Lenny - are deeply flawed and broken whether through illness, upbringing or disillusionment, but they all love fiercely and, in the end, that love sees them through to the tragic, but ultimately inevitable completion of Natasha and Lenny's romance.
I can't say this is my favourite of the five stories. In fact, it's much too sad for that, but it is still beautiful, like the white piano that acts as it's centre piece; neglected and unplayed at the end but still capable of beautiful things.
If you haven't read Still Life with Memories, do it now, but leave this book till last. It's the perfect end, all the more so when you've experienced the joy and magic of Lenny and Natasha's love in it's younger, purer form.

Still Life with Memories, Book 2 by Uvi Poznansky narrated by David Kudler this is an amazing second edition into the author’s series. I was just amazed by the change in perspective the author used when writing the story from Ben’s point of view. The way 2 people see the event differently is so startling.

The background on the life of the family as well filled in so many wholes I did not realize had existed. The lies Lenny tells Ben about his mother and his reasoning for them. Anita and Lenny’s relationship, the deeper meaning of it, and the symbolism throughout the story all make this such a great story. This holds the listener's attention. The story may not be for everyone this is definitely a genre story for fans for women’s fiction and literary fiction. If you have an open mind and are willing to expand your listening palate try Ms. Pozansky’s series. It is a deep and compelling literary treat. And this is coming from a guy whose normal listening fare is post-apocalyptic fiction, horror, and mystery.

The narration for the audiobook was provided by David Kudler. This is the first time that I have heard an audio performance by Mr. Kudler. He did an excellent job with this varied cast of established characters. He does an excellent job of matching voices to the characters and making them his own. The production value of this audiobook is excellent it has wonderful crispness and clarity through the entire production. I was given this free review copy audiobook at my request and have voluntarily left this review.

Tensions Rise Between Father And Son!

Tensions Rise As Father And Son Search For Forgiveness While Also Becoming Rivals.


This is book two of the five part Still Life with Memories series. It is a story of struggle between and father and his son. Book one, My Own Voice, is told in Anita’s point of view. This is told in Ben’s point of view, covering roughly the same period of time (minus Anita and Lenny’s backstory). The story opens about one month after Lenny’s marriage to Anita. It helps to have first read book one, though this can be read as a standalone.

Ben Kaminsky left home ten years ago, at the age of seventeen. His parents’ marriage was imploding and the pain of living under the same roof would have killed him had he not packed a bag and headed from his California home to Europe. With his parents’ support he spent time in Firenze, Rome, and Tel Aviv. He had attended medical school for two years but dropped out, drifting aimlessly instead. He had never had a job in his decade abroad, and was fearful his family might discover his bumbling ways.

His parents, Lenny and Natasha, had fought about his father’s infidelity before Ben left home. His mother had been unable to forgive the single indiscretion and a divorce followed. The young girl that had been the source of the indiscretion – Anita, who had only been sixteen at the time – promptly moved in with his father, Ben learned from his gossiping aunts. Ten years later, his father had finally married Anita. That event had not gone off smoothly, however, because his father had been hospitalized due to an injury at the wedding, resulting in calls for Ben to return home.

One month later Ben, now twenty-seven, finds himself back in his childhood home. His father is now in his fifties, and though as handsome as ever, he is for now physically diminished as a result of his injury. Anita’s presence in the home causes all kinds of issues. To begin, she looks like a younger version of Ben’s mother, Natasha. She is beautiful and provocative. And she is a year younger than Ben. The youth that Ben and Anita share makes for an odd and uncomfortable living situation. But that just adds to the tension between Ben and his father. Ben returns home with the same hurts that sent him packing ten years ago. He is still damaged and emotional. His father, a would-be writer, is poor with words and struggles to explain what happened between him and Natasha to Ben’s satisfaction.

The distance between Ben and his parents had become more than just geography over the years. Ben has been isolated in many ways. He soon learns that his mother had been diagnosed with early-onset Alzheimer’s disease at age forty-six, four years after Ben left home. Ben is furious for having been kept in the dark. As if that were not enough, Anita lets out the news that she is expecting a baby. Ben struggles with his place in the world. He hopes to connect with his mother. He lays blame at his father’s feet for destroying their family, while he hopes desperately to feel accepted and loved by a father who has moved on and begun a new family in his absence. Ben is not happy with his father’s young wife, yet Anita’s presence tempts him, particularly as he observes that his father does not love her as he perhaps ought to. The atmosphere becomes tense as father and son veer towards becoming rivals.

Ben’s story is painful look into how families are impacted by infidelity, divorce, Alzheimer’s, and secrets. It is about the desperate need for forgiveness that drives the human heart. He leaves home as a hurt and confused teenager and returns home as a man unable to move forward in life and in need of answers. Lenny, Ben, and Anita each share blame in this story, but each is human and imperfect. It is in understanding where they come from, what their thoughts are, and where they go that the full tragedy is revealed. Here Ben’s point of view lends another perspective to this sad story. Ben finally earns a little closure in the end.

There is one issue that merits mention. There are two points in which the story skips ahead, but important bits have been left out, causing some confusion. For anyone hoping for a better explanation of the events, some details are found in Anita’s story, book one. To better explain what happens between chapters seventeen and eighteen in this book, reference the beginning of chapter thirteen and the tail end of chapter fifteen in My Own Voice. For anyone that wants to see more of Ben’s story, chapter sixteen of My Own Voice picks up after this book closes and gives a small peak into the near future from Anita’s perspective. This story serves a similar purpose, filling in a few unexplained gaps in the latter part of My Own Voice as well. Note that although there remain three more books in the series, they are Lenny and Natasha’s story – a look at the past. Chapter sixteen of My Own Voice is chronologically the furthest the collective story goes.

Ben struggles when he returns home to find his mother has Alzheimer’s and his father is newly remarried. Tensions rise as father and son search for forgiveness while also becoming rivals. The story is well-written. The plot is complex but obscure and very slow to roll out. The characters are carefully crafted. The story is written in first person from Ben’s POV. I rate this book four stars.

As for the Audio: it is well-performed and consistent with the book.

I received an audiobook and am voluntarily leaving a review.

Dysfunctional family, yet drawn to the unity of a family, a mother who was also a great piano player. The author brought the emotion and the characters to life with their thoughts over the years. The audio was enjoyable and to the story by David. Given audio foor my voluntary review

I haven't read book one in this series and I'm not sure how much impact that had on my experience with this book. By the time I reached half way I was desperate for it to end. I didn't connect with the characters and overall I found it boring.

There was nothing wrong with it, the book is well written, I just didn't like it.

The narration is well done, the character voices are distinct and recognizable and the delivery was good.