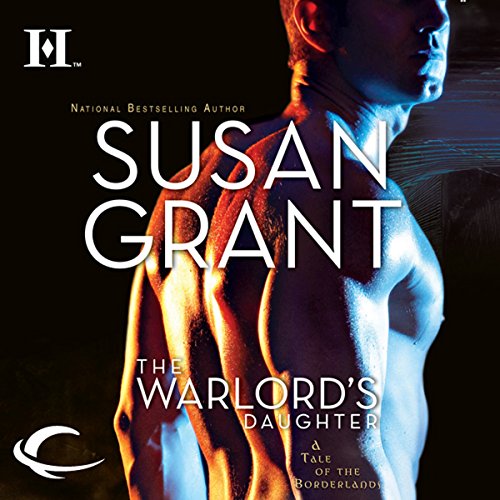 The war is finally over. But Wren's life is in tatters. The only living offspring of the notorious Drakken Warlord, her genes could very well start a new dynasty of terror. And the Coalition can't have that.

She alone holds the key to finding a legendary treasure. Having seen enough bloodshed, shy, petite Wren vows to destroy it before anyone, Drakken, Coalition or Earth, can get their hands on it - but she'll need help.

The Drakken's ruthless evil turned Aral toward the Coalition years ago. War is all he knows, until he finds passion and love in the most unlikely of women - the Warlord's daughter. But will trusting each other with their secrets risk not only their hearts, but their lives?

Love the book but hate the performance

I love this book. It was one of my favorites years ago and was looking forward to revisiting it through Audible. Unfortunately I couldn't get past the performance. Why do some readers feel that they must make female characters high pitched and whinny. The narrator's own voice was very pleasant but her characters were annoying. I listen for about 40 minutes and decided to return the book. Susan Grant's books are the reason I love paranormal romances but because of the performance, I am going to steer away from her audio books.