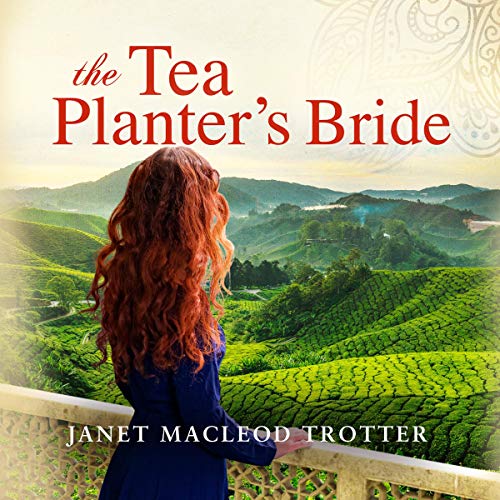 When Sophie is suddenly orphaned at the age of six, she is taken from her parents' tea plantation, the only home she has ever known, to be raised halfway across the world in Scotland.

As the years pass and her exotic childhood becomes a distant memory, adventurous Sophie finds refuge in her friendship with her kind, shy cousin, Tilly. It is no surprise when the girls follow each other to India to embark on new adventures, new lives and new loves.

But the reality of 1920s India is far removed from their dream: the jungles are too humid and the breathtaking tea gardens too remote. And amongst the stifling beauty, intrigue abounds; while Sophie struggles with affairs of the heart, Tilly, alone in a difficult world, delves into the mystery of Sophie's parents' deaths. As the past begins to darken their friendship, will long-held secrets shatter everything they've ever striven for?

This is a beautifully narrated series. Well written and fascinating - I'm just loving it!

I had trouble putting this book down. The history of the time was well written. I highly recommend this book.

This book was very enjoyable! It tells the history of a girl's life in India and the mystery surrounding her parents ' death. I want to read more from this author.

Another gripping story which leaves you wanting more! Great writing and I can't wait to read the next one

Enjoyed listening to The Tea Planter's Bride. The story pulled you in from the start,. At times I found myself frustrated with Sofie as she seemed so infatuated with Tom because he was good looking. I found the story well developed, and it held my interest to the very end. I strongly recommend this book to either read or to listen to.

I am really enjoying all the books that I have selected. To hear the audio version is fascinating. They do a good job. I will continue to do all my books this way if I can.

I really enjoyed this book. It was a fantastic story, and the narration was amazing. I recommend this series to anyone who enjoys journeying back in time, learning about what life was like not only for women, but for all in the early 1900's. Great read!

I smiled, I loved & hated characters, I loved the narrators performance..brilliant! I cried many times to the point I stayed up all night to finish this great book! I just wished and wished the last chapter had gone onto another 5 chapters..it was as if this wonderful author..since I am reading & listening to all of the series...didn't want to go into another story line. I can understand it was a long book, but I've listened and read book up to 20 hours for just one book? I am onto number 3 of the series, I wish it was on audible, but overall wonderful, Indian, Scottish, beautiful, love story...please make the last one into listening as well?