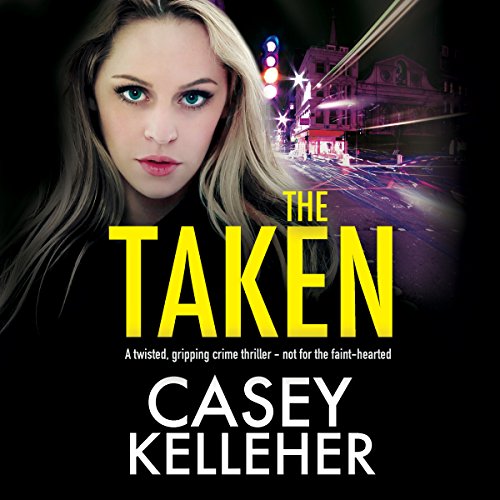 When you've lost everything, you'll do anything to survive.

Saskia Frost's world is blown apart when her dad dies. Without any family, she's on her own now and up to her eyeballs in her father's debts. He owed a lot of money to some very dangerous men - Joshua and Vincent Harper. Before long, aspiring ballerina Saskia finds herself lap-dancing in a London club to survive. A club run by the infamous Harper brothers. Saskia is now their property and they're going to make her pay every penny back.

Teenager Lena Cona has fled a cruel and controlling marriage. She arrives in England with her newborn daughter, desperately relying on strangers for help. But she soon learns that not everyone can be trusted as she finds herself caught in the clutches of Colin Jefferies, a twisted individual obsessed by his own sinister secrets. As the sickening truth is revealed, Lena is forced to fight for her life - and her baby's.

When their worlds collide, Lena and Saskia form an unlikely friendship. But with the terrifying Harper brothers on their tail, as well as Lena's vengeful and violent husband, can they escape with their lives?

Characters were unlikable. Never found one I could route for. Lots of unanswered plot lines.

An intense and compelling read

For sure!! This was an extremely dark and disturbing read; the topic of sexual slavery is never an easy one, but a very real issue in today's world and I applaud the author for writing about it in such a frank way.

I loved Saskia Frost!! Lena Cona was an amazing woman too!! These women could not have come from more different background but neither of the would back down when push cam to shove!!

What does Alison Campbell bring to the story that you wouldn’t experience if you just read the book?

Her voice absolutely captivated me!! I loved the story and I think 50% of that was her!

Sexual slavery is real and anyone can be Taken

There are multiple storylines to follow here; we have two female lead characters who form a bond over their being forced into lifestyles where they are controlled, plus a graveyard worker who seems unrelated in the beginning. I love how the author kept us guessing until the precise moment she decided to reveal how all the characters were tied together; behind the scenes she has woven them piece by piece in a way the reader is unaware of until looking back once the book is finished. The story completely messed with my mind and kept me guessing until the very end.

I felt like I was getting whiplash turning back and forth so quickly. The story is interesting, but there is so much action that there really isn't a good place to set the book aside; you might as well just carve out a really long night to read the entire book in one sitting and plan to call in sick to work. If you are into this type of thriller and can stomach the intense, dark stuff, pick this one up asap! I can't recommend it highly enough and I'm glad to have found another "must read" author to add to my list!