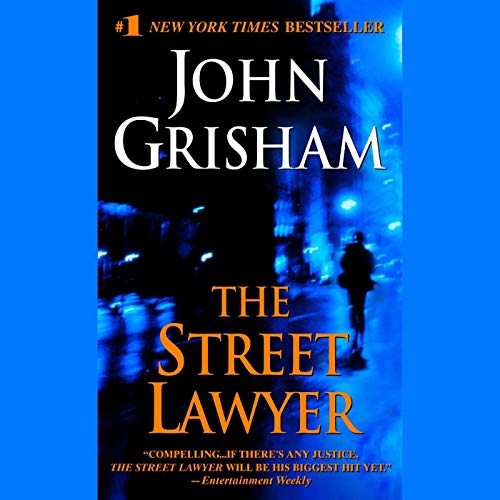 Michael was in a hurry.

He was scrambling up the ladder at Drake & Sweeney, a giant D.C. firm with 800 lawyers. The money was good and getting better; a partnership was three years away. He was a rising star with no time to waste, no time to stop, no time to toss a few coins into the cups of panhandlers. No time for a conscience.

But a violent encounter with a homeless man stopped him cold. Michael survived; his assailant did not. Who was this man? Michael did some digging, and learned that he was a mentally ill veteran who'd been in and out of shelters for many years. Then Michael dug a little deeper, and found a dirty secret, and the secret involved Drake & Sweeney.

The fast track derailed; the ladder collapsed. Michael bolted from the firm and took a top-secret file with him. He landed in the streets, an advocate for the homeless, a street lawyer.

I would recommend this to anyone who is interested in the law and how there are honest lawyers around.

What was one of the most memorable moments of The Street Lawyer?

The way that the main character was able to put the welfare of the people he wanted to help above becoming rich from a profession known to generate high income.

Great narration with emphasis on the parts that needed it.

Yes indeed.. It kept me interested throughout the entire novel.

If you like John Grisham, this is another of his must reads. Highly recommended. As a matter of fact, I've listened to it twice since purchasing it :-)

The Street Lawyer is my favorite John Grisham book and the narrator, Michael Beck is one of the best. He captures John Grisham’s character like no other.
The story is about lawyer who leaves a well paid law firm to become a street lawyer and finds his passion helping ppl who don’t have a voice. This is an amazing story that you won’t regret choosing.

Grisham as good as ever.

Love John Grisham and his ability make legal maneuvering an exciting adventure. Michael Beck's performance is the A list performer as much as an actor in a movie.

I urge anyone to try this book

I loved all the characters, couldn't get enough.

A great narration, it was a memorable performance!

It felt as if the characters really existed.

I really enjoyed this book, and the narrator did a good job. However, you lose so much in terms of getting to know the secondary characters with abridged books, so the subplots were rather un-satisfying. This book was also a bit predictable, but enjoyable none-the-less.

Enjoyed to the fullest

John Grisham did it again...this kept me wanting more...listening for what will come next...can he get out of this situation. The narrator is also one of my favorites, even if the story is not good I could listen to him and still enjoy the audio-book.

The master... not at his best, but gripping

Plan to finish it in one day. Not possible to stop in the middle. Unforgettable characters. Dramatic music is very +/- for me but does not spoil it.

I’m a JG fan, but this one hit a few road bumps and just wasn’t as exciting as his previous books.. nothing jumped out , not the page turner like I expected from JG... the narrator was awesome , if it wasn’t for him I probably would t have finished it

While this was a straight forward and somewhat predictable tale, it had guts and plenty of Grisham's cleverness. More proof that your protagonist doesn't have to be in extreme peril to make for a excellent story.

What was most disappointing about John Grisham’s story?

Mawkish story written in the most simplistic way. The book seems like an early effort by the author to develop the writing style he became famous for. The music was a terrible addition to the prose.

What aspect of Michael Beck’s performance would you have changed?

Beck was fine. He is a masterful reader, but there was only do much he could do with the story.

I didn't realize this version was condensed. Audible should have made that clear.