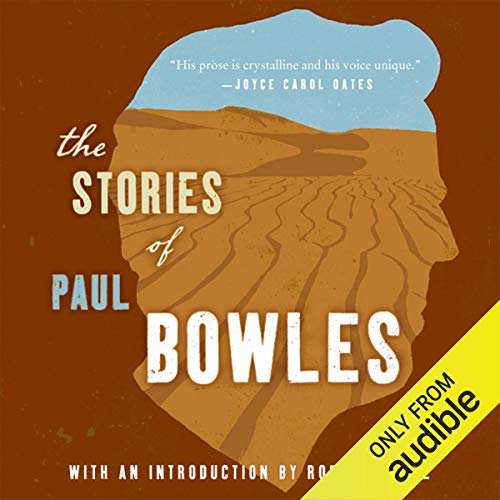 The Stories of Paul Bowles

The Stories of Paul Bowles

An American literary cult figure, Paul Bowles established his legacy with the novel The Sheltering Sky. An immediate sensation, it became a fixture in American letters. Bowles then returned his energies to the short story - the genre he preferred and soon mastered.

Bowles's short fiction is orchestral in composition and exacting in theme, marked by a unique, delicately spare style and a dark, rich, exotic mood, by turns chilling, ironic, and wry.

In "Pastor Dowe at Tecaté", a Protestant missionary is sent to the far reaches of the globe - a place, he discovers, where his God has no power. In "Call at Corazón", an American husband abandons his alcoholic wife on their honeymoon in a South American jungle. In "Allal", a boy's drug-induced metamorphosis into a deadly serpent leads to his violent death, but not before he feels the "joy" of sinking his fangs into his human prey.

Here too are his most famous works, such as "The Delicate Prey", a grimly satisfying tale of vengeance, and "A Distant Episode", which Tennessee Williams proclaimed "a masterpiece of short fiction".

Though shocking, Bowles's stories possess a symmetry between beauty and terror that is haunting and ultimately moral. Like Poe, Bowles had an instinctive adeptness with the nightmare vision. Like Hemingway, Bowles is famously unsentimental, a skilled craftsman of crystalline prose.

Would you listen to The Stories of Paul Bowles again? Why?

I actually have already listened to some of the stories over again. I cannot add too much to all that has been said about Bowles, but this is a great survey, and my introduction, really, to him as a short story writer. I could not take my headphones off!

It was a whalloping dose of humor, misery and careful observation. I dreamt differently after hearing this collection.

The narrator was a whole repertory company! WHAT a treat! It really added texture and variety to the stories and the selection of voices to stories was made by a very astute person, indeed.

There is a harrowing story - just awful - that can be described, at first, as picaresque, about a naive English philologist embarking on field work in Africa and it all turning very very unexpected, indeed, within 12 hours of arriving. I could barely stand the story, but will never forget a moment of it.

A perfect dream of a book. Absolutely a show-stopper!

For A Certain Type of Story

I have loved Paul Bowles' short stories for years...from his North African stories to his New York City ones. I have read a lot of his stories before, but it seems I missed a lot. A lot of the stories remind me of Albert Camus' The Stranger, as they seem quite existential and lonely in a way. I wouldn't recommend these stories if you are looking for an uplifting tale, as most of them are a bit on the sad side. On the other hand, they are extremely well written, and all of them carry the existential feeling Bowles provides in most of his stories written about North African places and situations. Most of the stories deal with relationships of one kind of another...love relationships either troubled, one sided, impossible (due to cultural differences, age, etc.). All of the stories carry a very vivid visual descriptive aspect which is wildly pleasing to my tastes. The closest comparison in other writers that I could make would be Denton Welch. Welch's short stories carry even more visual description...so much so that his stories are almost "juicy."

The different narrators for each story are a really excellent touch. Some of them are obviously better than others, but it gives the semblance of uniqueness for each story.

If you could rename The Stories of Paul Bowles, what would you call it?

Some stories and readers good

Some not so good. I think they were right to choose different readers or the stories would have become quite monotonous. Good writer but uneven.

The atmosphere of the countries comes through

I enjoyed the later stories much more than the early ones. My complaint with the early stories is that they would often start getting good and holding my interest when they would just end. I know that they are "literary" and not "plot-driven," but I found that so ANNOYING.

Having lots of narrators was great.

Would you consider the audio edition of The Stories of Paul Bowles to be better than the print version?

The audio version is very well done. The readers were above average and suited the tales. One of the best auble downloads to date (I have over 150 audible books mostly classics)

What was one of the most memorable moments of The Stories of Paul Bowles?

The dark and sublime ones...

I just did not understand these stories

I consider myself fairly well read. But I could not understand almost all of these stories. Of the 100 or so books I've listened to, I've only not finished 2. This is one of them.
If you don't like stories that have don't have an actual ending- don't listen to this book.