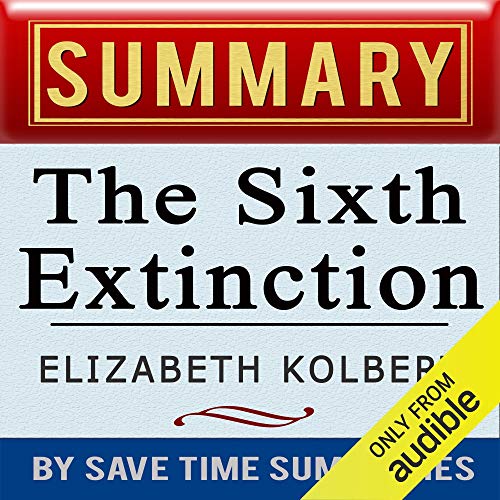 The Sixth Extinction: An Unnatural History by Elizabeth Kolbert

The Sixth Extinction: An Unnatural History by Elizabeth Kolbert

It's hard to believe that the sum total of all human civilization will one day be compressed into a rock layer the width of a piece of paper, but in The Sixth Extinction, Elizabeth Kolbert gives the listener an expansive overview of how Mother Earth is getting ready to clean house - again. This time, it's not just the mastodon bones being thrown out with the trash. An exploration of how humans are heading for mass extinction largely due to their own follies, The Sixth Extinction compresses anecdotes, evidence, and scientific characters into a sometimes-humorous tome of an otherwise serious topic.

This summary of The Sixth Extinction drills deep down into the book, which travels to exotic locations around the world to illustrate case studies of an endangered planet (think of it as a "1000 places to see before the world dies"). In chapter synopses, speculate on different scenarios that could lead to an earth-altering cataclysm. Visit a frozen zoo, where the cells of a 1,000 species have been served a liquid nitrogen cocktail. Find hope as you learn how "the most important ecological experiment ever done" is currently underway in the Amazon rainforest. In addition to an author biography, this summary of The Sixth Extinction includes a "putting it together" section: a helping hand for understanding Kolbert's big ideas.