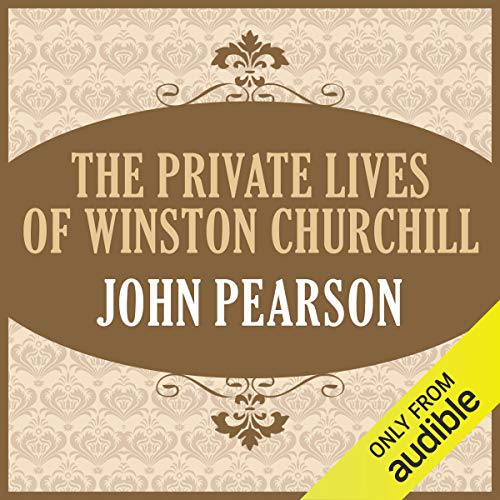 The Private Lives of Winston Churchill

He was a lion of a man who helped shape the course of this century with his relentless ambition and fierce political instincts.

Few have matched Winston Churchill's cunning or force of will. Few have seen the equal of his audacity on the battlefield or the determination with which he strove toward his own ideal of greatness. At the height of his power, he seemed to embody the ideals of the empire he helped sustain: valour, pride, and above all, tradition. His sense of personal destiny was rooted deeply in the legacy of his birth-right, the heritage of his family, and the awesome responsibility of being born Churchill.

In The Private Lives of Winston Churchill, John Pearson takes us behind the myth of Churchill and deep into the psychology of a dynasty that some have called the most complicated Anglo-American family of this century. In doing so, he reveals, in rich portraits, some of the family's greatest, most charismatic, and most deeply troubled members and shows us the real, private Winston Churchill.

John Pearson was born in 1930, and educated at King's College School, Wimbledon and Peterhouse, Cambridge, where he read history. He has worked on various newspapers, including the Economist, The Times, and the Sunday Times where for a time he wrote the Atticus column. After the success of his Life of Ian Fleming, he decamped with wife and family to Rome, where he lived for some years. Mr Pearson returned to England to research and write the life and times of the Kray brothers, and is now at work on a full-scale biography of the Sitwells.

To the extent that it is possible to consider Churchill the man apart from his political life, this book does an excellent job. Even during the times when politics dominated everything in Churchill's life, the focus remains on the personal. This different approach to a life which has been meticulously documented and analysed brings more depth to this fascinating and influential man. Even if he had not played a pivotal role and gained hero status during WWII, Churchill would have warranted a biography by virtue of his interesting life, his talents, and his personal triumphs and tragedies. John Lee gets it all right - he is a 5-star narrator.