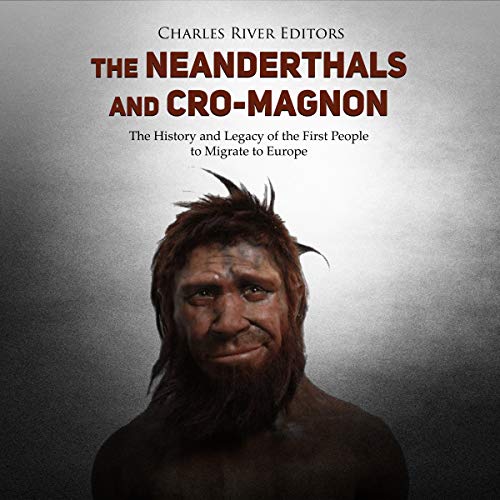 The Neanderthals and Cro-Magnon: The History and Legacy of the First People to Migrate to Europe

In popular culture, the term Neanderthal is used as a colloquial insult for a degenerate or someone perceived as stupid. This seems to have been the case even from the first recognition of the Neanderthals as a species. The first Neanderthal fossil discovery was that of a child’s skull in Belgium in 1829, but it was badly damaged. Another would be discovered in 1856 in a limestone mine of the Neanderthal region of what is present-day Germany, and a skull with differing distinct traits (indicating a different species than the Neanderthals) would be discovered just over a decade later in Southwestern France. The latter specimen would come to be recognized as an example of the species Homo sapiens, and these anatomically modern humans arrived in Europe between 45,000 and 43,000 years ago, around the time the Neanderthals are believed to started going extinct.

The Neanderthals are a member of the genus Homo just like Homo sapiens and share roughly 99.7 percent of their DNA with modern humans (Reynolds and Gallagher 2012). Both species even lived briefly during the same time in Eurasia. However, the Neanderthals evolved separately in Europe, away from modern humans, who evolved in Africa.

The Neanderthals lived in Europe and Asia for nearly 200,000 years and thrived in these regions, but they went extinct between 40,000 and 30,000 years ago, around the same time modern humans began arriving in Europe. This has prompted much speculation as to the nature of the interactions between Neanderthals and Homo sapiens, especially since some researchers believe they interacted with each other for more than 5,000 years before the Neanderthals began going extinct at different times across Europe. One hypothesis is that Homo sapiens displaced the Neanderthals and were better suited for the environment, and it is obviously possible if not likely that these two groups had become competitors for food and other resources, with Homo sapiens being more successful in the end.

If such close interactions were taking place, there is also a possibility that the relatively new-to-Europe Homo sapiens brought pathogens from Africa with them that were unknown to the Neanderthal’s immune system. A more recent example of this type of resulting interaction is the European expansion into the Americas, which brought diseases like smallpox that the natives of America had never experienced before, especially diseases resulting from the domestication of animals. It is possible that the domestication of the dog by Homo sapiens may have contributed in spreading foreign diseases among the Neanderthals.

Ce que les auditeurs disent de The Neanderthals and Cro-Magnon: The History and Legacy of the First People to Migrate to Europe