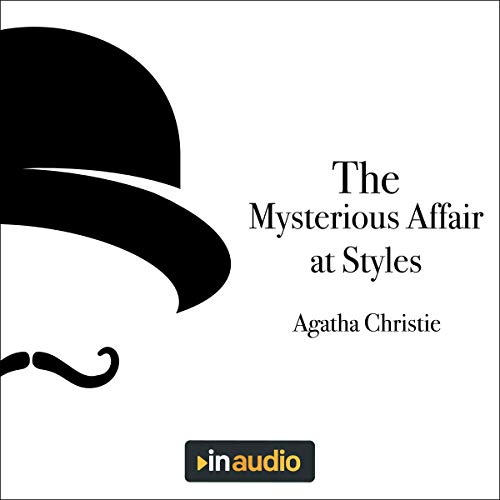 The Mysterious Affair at Styles

The Mysterious Affair at Styles

In this special-edition InAudio production of Agatha Christie’s The Mysterious Affair at Styles, you’ll be thrown into a world of suspense and mystery as you witness a complex murder investigation set in England just after the First World War.

This novel introduces several of Christie’s most famous characters - Hercule Poirot, Arthur Hastings, and Inspector Japp all make their debuts here. The novel follows the sleuthing team as they investigate the murder of Emily Inglethorp, a kind woman who had opened her home to people resettling after the Great War. Can the team find the killer before he strikes again?

Agatha Christie is the world’s best-selling novelist of all time and is known as one of the greatest mystery writers in the world. This story is what started it all, as it was her first published novel. You’ll be intrigued as you meet the endearing and eclectic characters and follow their hunt for every last clue as they work to crack the case.