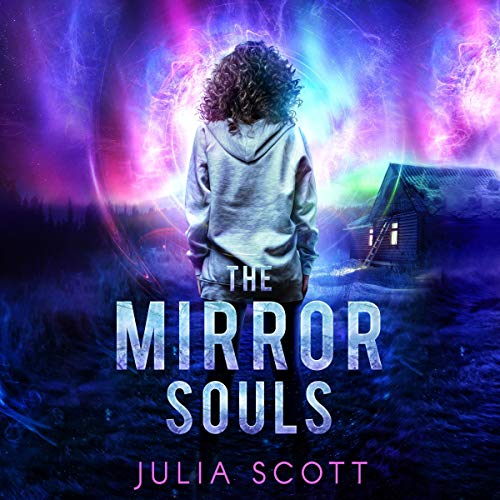 Like the rest of the Gaian race, Alana’s life is ruled by the Avalon, the superior race who once created Earth and returned to reclaim it after humanity brought it to the brink of destruction. Because of the Avalon, every Gaian faces the risk of being moved from region to region, over and over, with no warning. Alana has no place to call home.

Fearing that she may be resigned to this life of control forever, the opportunity to explore the world outside of her region is literally dropped into Alana’s pocket in the form of a small silver device.

Taking a leap of faith and teleporting to the unknown, Alana must discover who is pulling the strings in her life and why. But in her quest for answers and freedom, she’s thrown headfirst into a hidden battle for humanity alongside a boy, whose life was destined to be entwined with hers from the start.

With the secret of who she really is starting to unravel and abilities she didn’t know she had rising to the surface, she becomes a commodity to whatever faction can keep her in one place. But others around her are carrying secrets, too, and Alana must decide who to trust before she can change the fate of all the races.

Perfect for fans of YA sci-fi

The story tells the story of a futuristic Earth (Gaia) being guided (aka controlled) by an alien race, the Avalon - for better or worse. We see the world though the character Alana, a 17 year old Gaian, as she navigates life as a teen in this futuristic world. While balancing her expectations versus her lived reality, things take quite a turn from the life she was raised to plan for, and the adventure begins. Julia’s writing style is casual and relatable, and I found the narrator Daisy a perfect choice to carry readers through the story in a way that reflects the author’s vision well.

Great for fans of light scifi, dystopian, romance, and young adult books. I’m looking forward to reading book 2, The Anahata Divide, if/ when it comes to audio format.

A perfectly paced read, answering questions at just the right time. The right blend of romance, intrigue, friendship, and action. If you'd like a fresh twist on soulmates combined with a bit of mystery, set on a futuristic world, then definitely give The Mirror Souls a read. ❤️

I Was On The Edge Of My Seat

I am not usually a big fan of sci-fi or dystopian stories, but this one sucked me right in. The world was concisely explained, yet it was so well developed that I could picture everything as if I was next to the main character, Alana. The plot was original, creative, and exciting. It took a little while for me to be more than just curious, but around halfway in, I was dying to find out what happened next. Although this was plot driven, I felt like the characters were really well developed, too. I appreciated how they each had their own thoughts, feelings, and personalities. I enjoyed how layered the plot was, not just having a single climax and resolution, but rather intertwined dynamic adventures. However, I wish the book hadn't ended with so many questions left unresolved after such a long journey. I get the impression a lot of these questions will be answered in the next book though and I look forward to continuing on to that one.

The narrator took me a while to adjust to. She was great at doing a robotic voice, but she also brought it slightly to most other characters. It was enough that for a while, I wondered if the characters were supposed to be part cyborg. That tone eventually became less common and I was able to overlook it. I did enjoy how each character sounded different and I never questioned who was speaking.

I wasn’t sure what the story was about at first glance at the beautiful cover but as the story unfolded I was intrigued and couldn’t stop listening. The main character Alana is likable for the most part but is so well written you know she is a teen with her own wants and needs in mind. Overall I love the story and I can wait for book two.

A world so well written! Loved every bit of it.

I won the audiobook of this story in a giveaway hosted by the author and I am so so glad I came across this story.
Set up in the dystopian future world, this story captured my attention from the beginning!
I absolutely loved the world building.
The characters were so flawlessly sketched that you could relate to each and every one of them even though the POV was Alana's.
An Alien race called Avalons have taken over the earth to restore the damage done by Gaians(former earth natives). But it's not just restoration of the planet that Avalonians are looking for.
Alana being a feisty teenager loves to break rules and get her hands on gadgets that are forbidden. So she should. I mean, If I knew there was a teleportation device in my world, I would break rules for it too.
But then her world completely changes when one night mysteriously she finds one in her pocket with a note.
Alana has a lot of pressure from the rules set up by the avalonians. Get assigned to a profession, get coupled. The consequences of doing otherwise leads you to processing and it's not something you would want to end up in. On top of all this, she has an illegal device.
Do read this masterpiece to know if she uses the device or where the device takes her?
I loved the writing style, it felt so natural.
Cannot wait to read the next part!