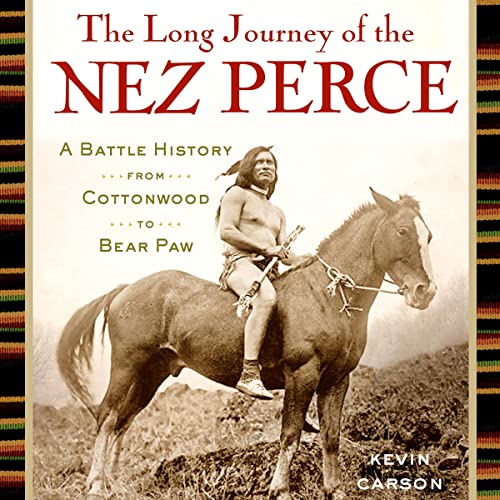 The Long Journey of the Nez Perce

In 1877, the US Government opened the Nez Perce lands in Oregon to settlers and ordered the tribe to move to a reservation in Idaho Territory. Although reluctant to leave their homeland, the Nez Perce began the long trek eastward. A small band of young warriors vented their frustration, however, in two days of deadly attacks on settlements along the Salmon River.

Realizing that the US response would be overwhelming—particularly in light of Custer's defeat the year before—the Nez Perce leaders, including Chiefs Joseph, Looking Glass, and White Bird, prepared their people for war. A US Army battalion led by Civil War General Oliver O. Howard, along with several other coordinated army units, began a determined pursuit in an effort to subdue the Nez Perce bands and forcibly move them to the reservation.

The Nez Perce resolved to escape to freedom in Canada. The Nez Perce were able to successfully check and elude the much larger American force for more than three months as they wound their way across the Rocky Mountains, through the newly established Yellowstone National Park, and into Montana. The war culminated in a final confrontation when the exhausted Indians—men, women, and children—were surrounded in the Bear Paw Mountains a day's march from the Canadian border. Chief Joseph relinquished and gave his famous address of surrender to General Howard. Meanwhile, the band led by White Bird was able to make their way to Canada and freedom.

"A well-written account of the ordeal...a fine contribution to one of the final chapters of the Indian Wars." (The Journal of America's Military Past)