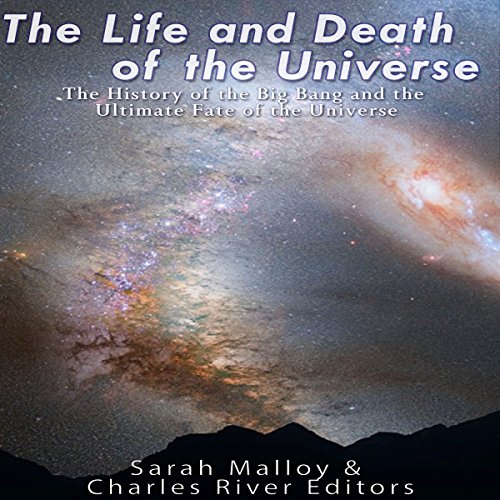 The Life and Death of the Universe

Many of us on Earth live in a home with a street address, city, and zip code. But we have another address, which astronomers and astrophysicists refer to as our "cosmic address": Earth, Solar System, Milky Way, Local Group, Virgo Supercluster, the Universe. Consider the vast scales that our cosmic address spans. Understandably, it's hard for our brains to truly imagine it. Our galaxy, The Milky Way, is populated with somewhere between 100-400 billion stars, one of which is our Sun, an average, run-of-the-mill star. The nearest star to us is Proxima Centauri at a distance of four point two light years or almost 4 x 10^13 kilometers. A light year is a measure of distance that it takes a photon (particle of light) to travel in a year, assuming it is traveling in the vacuum of space. So, it takes light four point two years to travel from Earth to Proxima Centauri and it would take a space shuttle about 160,000 years to get there, assuming our shuttle was traveling at a little over 4,000 miles per hour. Considering that traveling to our nearest stellar neighbor is well outside of our technological capabilities and it would take more than 1600 times a human lifespan to get there, space travel either to or from other habitable planets is extremely improbable in the near future.

The diameter of the Galaxy is about 100,000 light years across, so while it takes four point two years for light to travel to our nearest neighbor, it takes light 100 millennia to travel to the other side of the Galaxy. The universe is estimated to contain at least 200 billion galaxies, according to observations possible with today's technology. When you look at any object at a distance, you are looking into the past. You are seeing the photons as they were when they scattered, radiated, or reflected off of that object. Let's consider the star Proxima Centauri. The photons that leave the surface of Proxima Centauri have a four point two year travel time until they reach Earth. In other words, when we look at Proxima Centauri, the light that is hitting our telescope is four point two years old. Another example is our nearest major galactic neighbor, the Andromeda Galaxy, which is two point five million light years from us. That means that when we observe Andromeda, we are looking back in time two point five million years ago, about the time when the earliest known ancestors of ours are suspected to live on Earth. The furthest galaxy that we have ever observed is 13.4 billion light years away, and since the age of the universe is estimated to be 13.7 billion years old, that means that we are receiving photons from a galaxy that formed very soon after the big bang.

Experiments done in astronomy are quite different from other sciences. Unlike biology, chemistry, or physics, astronomers cannot hold their specimens in a petri dish and put them under a microscope. We rely solely on electromagnetic radiation to travel through space, into our telescopes, and interact with our detectors. While there have been impressive advances in our understanding of astronomy and the physical world, we are still quite limited by the sensitivity of our instruments, the size of our detectors, and our inability to probe the far reaches of the cosmos. As such, scientists can only attempt to answer questions that are within grasp of our current technology. Wondering what happened before our universe existed is a matter best left for dreaming, since making such observations is not (yet) possible.