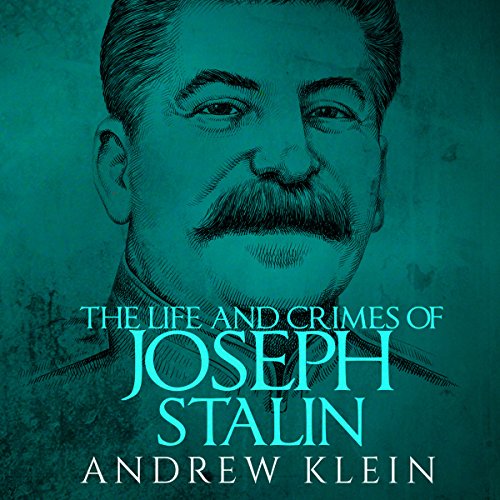 The Life and Crimes of Joseph Stalin

The Life and Crimes of Joseph Stalin is a scathing indictment of the atrocities committed by the Soviet dictator, a highly detailed yet accessible biography, and a true crime pause resister of the highest order.

Joseph Stalin rose from humble roots to become the greatest madman of the 20th century. His disregard for human life dwarfs Hitler's, as does the scale of his crimes. This book by author Andrew Klein exposes "Uncle Joe" as the perpetrator of mass killings, mass incarcerations, and mass starvations across four decades.

From Stalin's close association with Vladimir Lenin and his role in the Russian Revolution to his criminal conduct in the 1930s' Red Terrors, the famines across his western territories, his role in WWII, and his hand in the rise of the infamous Gulag Soviet prison system, this book spares no detail and minces no words about the evil deeds of one of history's most brazen tyrants.

I found myself wishing for the end

The style of the writer is a weird mix between a book report, a professor with not-so-funny humor and a political opinionist. He breaks into his own story to insert supposedly humorous one liners to his own characters (i.e. Hitler, Stalin, etc.) that fall rather flat. He also cannot resist displaying his dislike of Trump, Bush and Fox News with continual comparisons of them to Stalin, Hitler and Pravda. What’s worse is that after finishing the book, I have trouble relating what the gist of the book was about. It is a short book, but my recommendation would be to go to another title if you really want to learn much about Stalin.

Author can not resist giving untrue opinion on American republicans. I suggest don't make the mistake I made and don't buy this book