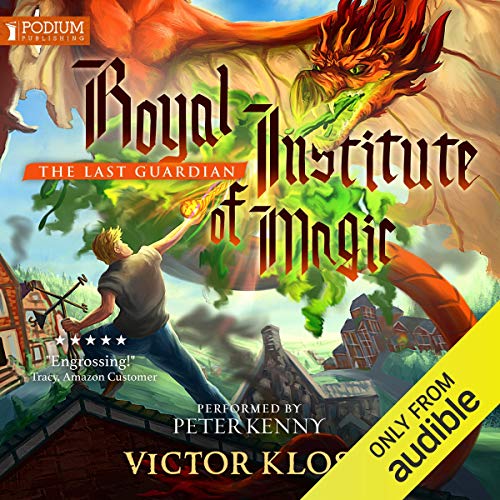 Time is running out for Ben Greenwood - not as an apprentice for the Royal Institute of Magic, but as the Head Guardian, secretly responsible for uniting Queen Elizabeth's Armour.

The dark elves are coming and the only chance of stopping them is to find the last Guardian and the final two pieces of the armour. They will be difficult to find and heavily protected, as they are the most important of all. To make matters worse, Ben's only clue to their whereabouts comes from a particularly unreliable and dangerous source.

With the dark elves massing an army and looking increasingly likely to begin their invasion, Ben faces a race against time to find the last Guardian and unite the final pieces of Elizabeth's Armour. But that isn't his only challenge - he will soon be forced to make a critical decision involving his closest friends, and even his oldest enemies, that might make or break the entire mission.