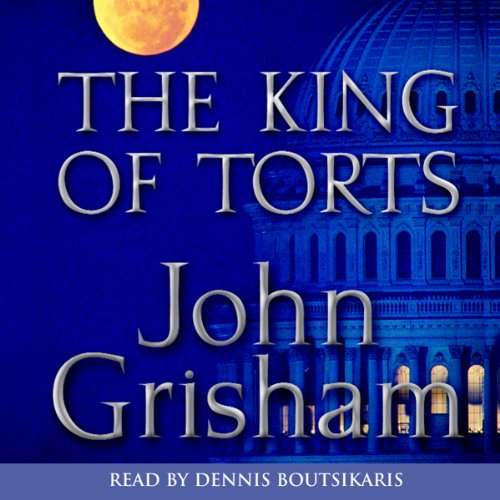 The King of Torts, The Last Juror

The King of Torts, The Last Juror

The King of Torts

Clay Carter has been at the office of the public defender too long and, like most of his colleagues, dreams of a better job in a real firm. When he reluctantly takes the case of a young man charged with a random street killing, he assumes it is just another of the many senseless murders that hit D.C. every week. As he digs into the background of his client, Clay stumbles on a conspiracy too horrible to believe. He suddenly finds himself in the middle of a complex case against one of the largest pharmaceutical companies in the world, looking at the kind of enormous settlement that would make him, almost overnight, the legal profession's newest king of torts....

In 1970, one of Mississippi's more colorful weekly newspapers went bankrupt. The future of the paper looked grim until a young mother was brutally raped and murdered by a member of the notorious Padgitt family. The murderer, Danny Padgitt, was tried before a packed courthouse, and the trial came to a startling end when the defendant threatened revenge against the jurors if they convicted him. Nevertheless, they found him guilty, and he was sentenced to life in prison. But in Mississippi in 1970, "life" didn't necessarily mean "life", and nine years later Padgitt was paroled. He returned to Ford County, and the retribution began.

stopped listening to it

Too predictable. When I got about half way through, I just couldn't listen to the story anymore. I was telling the narrator what would happen before it did. I've liked several of Grisham's books but this one was just a waste of time and money.

Hasn't made me jump to buy another John Grisham

The adjective that comes to mind for me with this is "fluff" there was not enough strong subject matter in this book. I haven't seen what everyone else sees in John Grisham. This was only my second read of his so maybe I need to keep going. Narrators were just okay - nothing special. The best part of the book was near the end - no spolier alert I will let you find out for yourself.

Will I buy another John Grisham? Not sure -

Not quite as good as Grisham usually is.

Yes, I would recomment this audio. It was good just not spell binding.

Would you be willing to try another book from John Grisham? Why or why not?

I usually really enjoy Grisham, this just wasn't quite as fast paced.

What about Dennis Boutsikaris and Terrence Mann ’s performance did you like?

The narrators did an excellent job.