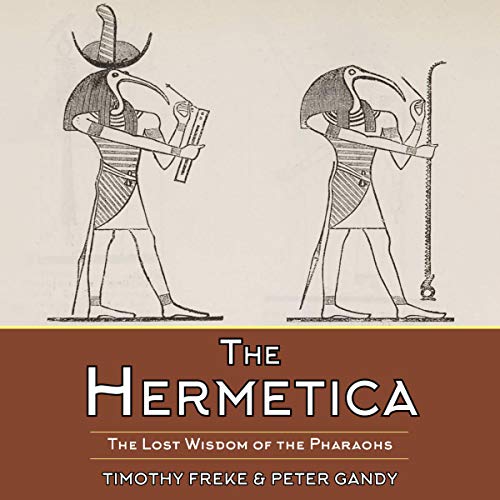 The first easily accessible translation of the esoteric writings that inspired some of the world's greatest artists, scientists, and philosophers.

Here is an essential digest of the Greco-Egyptian writings attributed to the legendary sage-god Hermes Trismegistus (Greek for thrice-greatest Hermes), a combination of the Egyptian Thoth and the Greek Hermes.

The figure of Hermes was venerated as a great and mythical teacher in the ancient world, and was rediscovered by the finest minds of the Renaissance. The writings attributed to his hand are a time capsule of Egyptian and Greek esoteric philosophy and have influenced figures including Blake, Newton, Milton, Shelley, Shakespeare, Botticelli, Leonardo da Vinci, and Jung.

Providing a fascinating introduction to the intersection of the Egyptian and Hellenic cultures and the magico-religious ideas of the antique world, The Hermetica is a marvelous volume for anyone interested in understanding the West's roots in mystical thought.

The Hermetica is expertly narrated by Brian Arens, an Audible listener favorite.

Perfect place to start before diving into the complete Hermetic texts, best ones are from C. Salaman

The narrator is good, the authors are lacking in their understanding. Maybe not enough brain cells. They come off as students of a previous text book. Very shallow. This is no reflection upon the original author which they are attempting to translate or give their opinion. When I read something like this, I feel you've insulted my intelligence. Oh you'll say, maybe I should do the writing. Yeah, well it's too valuable to sell like a prostitute.

I always enjoy learning about the Hermetica. I really believe everything finds its way back to it. It is what life is about.

I will for sure be listening to this book again. No words can truly explain how much I love this book.

The center of all knowledge

As a passionate Hermeticist, I think this was put together very well. The reader did an amazing job and it is something I will listen to time and time again.